"What will you be? Man? Dragon? Or aught else?"

Wyrms are powerful magickal casters, possessing an array of deadly magickal attacks, the means of flight, and the ability to breathe Ice to freeze their foes solid. All lesser dragonkin can seize control over the will of Pawns to turn them against the Arisen. The Wyrm's glowing red stomach indicates where its heart resides, which serves as an exploitable weakness.

"The wyrm is a subject of deepest interest... It is possessed of strength and intellect in equal share, and a crystalline instinct to rival all other beasts, no doubt. A perfect mage, truly. The power it must hold is beyond reckoning." - Steffen

The Wyrm is one of three species of Dragonkin, along with the Drake and Wyvern. Wyrms share many characteristics in common with their cousin species, however the Wyrm rarely flies but is a powerful spellcaster, able to repeatedly and rapidly incant strong spells such as Bolide. Whilst the Drake has an affinity to fire and the Wyvern to lightning, the Wyrm is strong in the ice element. This makes them vulnerable to fire based spells and weapons.

Defeating a Wyrm has a chance of dragon forging the Arisen's equipment as long as that equipment has at least one level of enhancement.

On Bitterblack Isle are more dangerous Wyrms known as Frostwyrms.

In addition to witnessing these techniques, it is necessary for Pawns to participate in killing 15 Wyrms either with their own Arisen or while travelling with others.

Kills on Frostwyrms will count towards the overall kill count for Wyrms since they are both from the same species, but the Frostwyrm is a much stronger version than the Wyrm or the Special Wyrm. 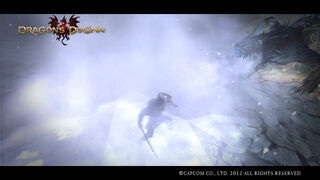 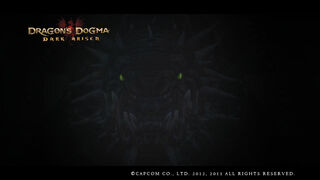 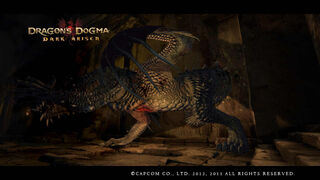 Attack it from the side. 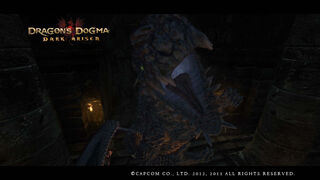 Retrieved from "https://dragonsdogma.fandom.com/wiki/Wyrm?oldid=316570"
Community content is available under CC-BY-SA unless otherwise noted.