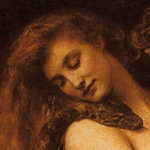 Hahaha, I don't mind. The only advice I can probably offer regarding edits would be if you're unsure of an edit or something, look for a similar page related to the page you're editing. Other than that, I REALLY appreciate all the work you're doing with adding in stats for weapons / armor. I'm so happy that those pages are finally getting updated. =)

Thanks! I worked pretty hard on it, so that means a lot. =)

Thanks MotherLilith. That page was actually the thing that really got me working consistently on this Wiki. I need to go back and spruce it up a bit. With the recent changes to the site's appearance, it looks a bit off...

If you do decide to do a bit of "item borrowing" and you find anything new, please share!

Happy I could help, by adding the missing stats! :)

Unfortunately one Weapon is still missing: the Rusted Mace. It seams the other Weapons/Armor are fully updated, except the Enhancement Item Locations. Looking into it right now.^^

First i wanted to give you a huge Thanks, for adding the missing DA-Item Stats! As well as correcting my stupid Mistake with the Tools and Curatives selling Price. Had 2 Ring of Thrift's with me. which I luckily then noticed..... -_-

Seeing so many Items with Special Effects and no Category for it. I thought maybe we should add a Category just for the not-usable Items, like the Tears, Idols or that stupid Ring :/. This should make it much easier to find other Special Items and also figuring out, that some Items, which seams useless, has indeed a hidden effect. (like the Promissory Note). I thought about calling them "Items with Special/Unique Effects".

I would like to know your Opinion about my Idea, since you also made so many Item-edits. Hope you could also come up with a better name than me. :)

I've been a bit curious and saw you only need the Senechal for the 3rd Star-Knowledge. I did that a few weeks ago, from 0 to 3 in one Battle. XD

If your planning on 3-Starring him I can tell you, what triggered my Stars.

First of all you need to be an Assassin (as you need a Shield and Bow) and either play on easy or have tons of Curatives. You should also use the Augment Prescience, to make perfect blocking easier.

There are still a few other Factors on the Seneschal Page, but I wittnessed enough AoE Blasts without a comment.

Wishing you a Merry Christmas!! ,<:D

How do you get collapsible tables to collapse? Hi Lilith! ^_^

Didn't know it is possible to add the "Collapsable Table" Tag directly into the Table.

Thank you very much for the Info!! :D

it may not seam that way, but I'm KInd of a Newby with Table-Coding. The Reason why I got them like this at all, is that when I come across interesting stuff on a Wiki, I check the Source and perhaps apply it.
Also spending so much time on the "Mediawiki Help" Page. lol

Nice one adding the other arm armour to Berserkin. I wondered what else might have the same effect as the Monomi Bracers. I don't have those Gauntlets yet.

Nice to hear from ya. Awesome job with the Trophy Jacket. Looks much better as a complete list. Same with the Berserkin. They are very cool for Arisens I agree. Wonder if any other armor does this kinda thing too??

Oh, I need to take less pics and concentrate more on fighting haha I'd have levelled up to 200 long before now if I didn't keep pressing the start button and messing about getting the right angle for an action shot!

Aah... I'll give them a go tomorrow then and see how they look. Cheers bud! :)

Seems things on the wikia are running just fine without me. =P

Just wanted to say thanks for the revision for the Balsac page vandalization and reporting it.

I've gone ahead and added some of the other pages that user also vandalized.

I'll see if I can poke around some more if I have time.

Cheers and thanks again.

No biggy finding the Vulnerabilities of the Hydra out. After all, it is my favourite Enemy in DD.
In my many Encounters and Tests, the only Effect I could get was the lowered Defense from the Sapfire Daggers.

Cheers! And Kudos for the Awsome work you have done with the Weapons/Armors!! :)

Hello! Sorry about some of the categories I added last night. I misunderstood the nature of what I was adding, then I could not figure out how to undo what I did.  That is, I couldn't figure out how to "Remove catgory".  My apologies again.

Hey there, I was wondering if you know a little bit about this wiki language and deep editing. I'm trying to created a special table for loot, 'cause lists are just too long to look up or just read. I did a few days ago the torso armor table in the Curse page, just testing, but now I can't figure out how to handle the colapse option. Kuilg (talk) 14:11, March 23, 2014 (UTC)

Thanks. Im thinking in a tool for loot in the different locations. Currently I dont know how to make a template, but a table may be just fine... What do you think of the sample in my user's page? Any ideas to improve it? Kuilg (talk) 21:58, March 23, 2014 (UTC)

I'm loving DA! I would like to get more involved with the community so I leave here my PSN and pawn names in case we would like to trade items

First -can I check - is the text misleading - what it's supposed to mean is that magic rebalancer/demons periapt each count as a single boost (maximum of 4) - so you can have:

ie both count towards the total of 4 maximum..

and anything over 4 doesn't have any effect ie there's no boost from say 5 Demon's Periapt.

(Will come back tomorrow to check - then do the tests)

Here are some basic figures. Using a magic archer with magic of 733 (bow) and using the core skill Seeker on Saurians I get:

More tests with the bow:

All these are body shots straight onto to the Saurians. Side shots are less effective. I think the Saurians do not have high magic resistance (maybe it's zero), so it could be that each magic potion boosts magic by about a fifth - it seems that the effects are cumulative so instead of the effect of four potions being four times more - its actually greater.

Retrieved from "https://dragonsdogma.fandom.com/wiki/User_talk:MotherLilith?oldid=204170"
Community content is available under CC-BY-SA unless otherwise noted.