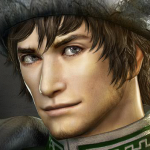 Hey there! Since I'm currently a little bit obsessed with Dragon's Dogma, I thought I may as well make some contributions here...

Started playing DD near the end of January. I quickly grew to love it, but having gone in knowing absolutely nothing about it, made lots of mistakes and as such, around the Come To Court/Trials & Tribulations stage, began to feel dissatisfied with my playthrough. Thus, I sped through the rest of game up to Grigori and then immediately restarted it entirely.

From the start of March to the start of May, I re-played up to Grigori, trying to complete every Quest, explore everywhere, level up to get the stats I wanted, whilst also maxing out every vocation, and generally do and take notes down of everything. So this time I'm much more satisifed! Played as a 'minimum size child-Arisen', with a Main Pawn designed on Amy Lee :P

Took out Grigori at lvl 86, took my first leap into the Everfall at lvl 100, and as of the end of May, moved into NG+ with an all new (this time max height) Arisen & Main Pawn. Moving into June, I've now finally journeyed to Bitterblack Isle which is pretty awesome. & it's so nice now to start making some DA edits based on my own experience haha.

Both my Arisen & Main Pawn have maxed out all the Vocations they're able to, though they've levelled up as an Assassin and Sorcerer respectively at every level for statistical purposes... Longbow is my favourite weapon, but I much prefer the Sword to the Daggers, so choosing between Ranger and Assassin is tough, but it's Sorcerer all the way for my Pawn!

Reynard is adorable, was my Beloved in the first abandoned playthrough, and shall remain my true love forever, but I've somehow ended up romancing Caxton and Madeleine in my current game & NG+...

Retrieved from "https://dragonsdogma.fandom.com/wiki/User:Artirtico?oldid=134360"
Community content is available under CC-BY-SA unless otherwise noted.