The Catacombs is a location in Dragon's Dogma.

An ancient burial chamber of considerable size. Home to the Undead of all kinds and the meeting place of Salvation.

The Catacombs' main entrance is to the north of Deos Hills with a Riftstone next to it. Two other entrances to the Catacombs exist, but are initially blocked :

The Gathering Hall chamber, in which the Arisen encounters Julien and the Elysion during Seeking Salvation has several "Remaining Eye" symbols painted on its walls.

During the quest A Parting Gift a Specter may be encountered, and during the Dark Arisen quest An Unseen Rival III two Living Armors.

There are numerous chests, and sarcophagi in the tombs. Plants are unknown here, and mushrooms are uncommon. Skulls, curatives, and lesser items such as Empty Flasks are common. All kinds of environmental objects such as Pots, Explosive Barrels, boxes and Large Stones are all abundant.

On entering from the Deos Hills entrance

"The crypt was fashioned ages ago, before the Faith came to Gransys."
"... Long ago, when the people worshipped the old gods, the gods of nature."
"... I suspect it's why they returned their dead to the soil. To the Earthgod."
"Few come to offer prayers for those who rest here in the catacombs. That their souls might be cleansed and born anew in the coming generations."
"If ever it was the seat of a god, that time has surely past."

"Be careful -- the walking dead are all around us."
"Undead sleep beneath the earth!"
"To judge from the beasts that dwell here, the place holds a dark power."

"I believe some of the coffins are booby trapped."
"If you see gas leaking, 'tis likely a gas trap."

By the hidden room

"Would that we had some manner  of foothold..."
"I'd wager we could scale that wall."

In the natural tunnels

"If monsters appear, let's take advantage of the uneven tarrain." 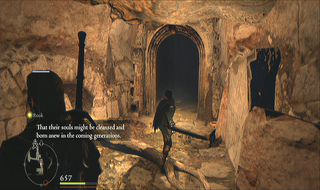 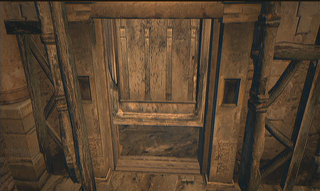 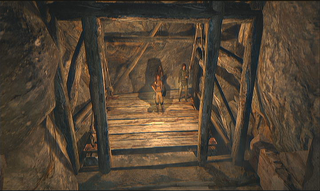 The lift shaft
Add a photo to this gallery
Retrieved from "https://dragonsdogma.fandom.com/wiki/The_Catacombs?oldid=310553"
Community content is available under CC-BY-SA unless otherwise noted.