Savan is an NPC in Dragon's Dogma.

"If you would heed my call, prove now your worth."

Savan was the last Arisen to slay The Dragon before the main character. The player controls him during the Prologue story and is always accompanied with his Main Pawn, Salde.

During his quest to defeat the Dragon, he was also accompanied with Quince, the Strider and Morganna, the Mage.

Savan's quest is described in an animated four part comic (see Dragon's Dogma Digital Comic), and the penultimate part of his quest is retold in the quest The End at the Beginning.

Like the main character, he is a man of few words, but stoic and ever-ready. Glimpses from his actions show him to be honorable. Being the last Arisen to slay The Dragon, he was very skilled in battle, like most Arisens need to be. He was of the Fighter class.

Ultimately Savan becomes Seneschal. The Arisen and Savan as destined by fate or will to meet at the final battle of the main quest - during The Great Hereafter.

From the Dragon's Dogma Digital Comic 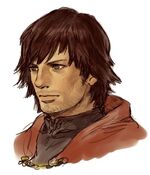 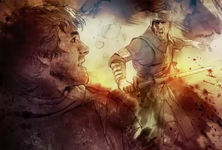 Savan and Salde in combat 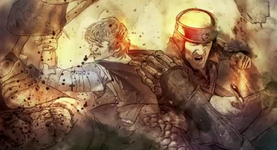 Master and Pawn,
back to back 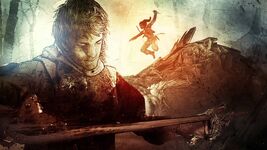 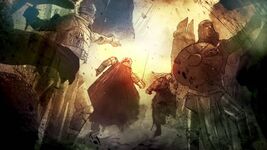 Charging into the unknown 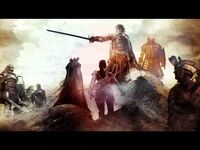 Savan leading his party to
The Tainted Mountain 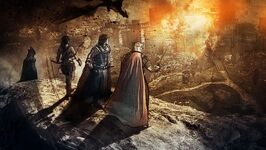 Any changes listed are to be applied to the default Arisen, anything not listed remains unchanged. The height in the editor appears as 179.9 but when you get ingame it will always round down so it will be displayed as 179 on the status screen.

Retrieved from "https://dragonsdogma.fandom.com/wiki/Savan?oldid=314021"
Community content is available under CC-BY-SA unless otherwise noted.