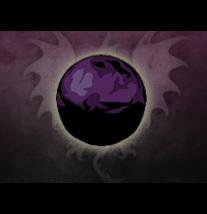 Rift Crystals are items, and a form of currency in Dragon's Dogma.

Rift Crystals are a currency used in Dragon's Dogma. There are multiple ways to both earn and spend them. They can be acquired by having the Main pawn hired by other Arisens through the Rift, can be dropped by defeated enemies, may be found in chests, and can be obtained as rewards from Quests.

They are used to rarify dragonforged items with Barroch, to repair broken Riftstones on Bitterblack Isle, and to purify cursed items with Olra. They are also used for renting Hired Pawns from the Rift, and can also be exchanged for weapons, armor, inclination elixirs and cosmetic items from the Rift Shop.

There are nine different types of Rift Crystals: three were found in Gransys in Dragon's Dogma, and nine more types are found only in Dark Arisen on Bitterblack Isle.

Rift Crystals may be dropped as items that can be picked up, bought, obtained as quest rewards, and gained by a fellow Arisen hiring one's Main Pawn.

To enable more hires of the Arisen's pawn one can either:

A good way to get Rift Crystals, is completing the From a Different Sky quests. There are 100 badges to find, and each one nets at least 1,600 RC. Once collected, these badges remain in the inventory or storage and can be used to rapidly complete these quests on subsequent playthroughs, making further accumulation of Crystals, experience and money almost effortless.

Rift Crystals may also be purchased with real world money, not in-game gold, on console.

The Rift Crystal earnings for hired Pawns are simply one tenth of the number of Experience Points the pawn would have earned during their hire, but only experience earned from combat, not quests. The amount earned is modified based on the relative Character Level of the pawns and Arisen, and or the number of members in the party, just as it is for the Arisen's Main Pawn. 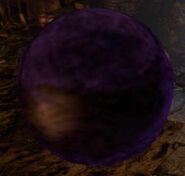 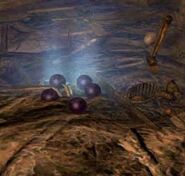 Rift Crystals dropped by the Silver Knight.
Add a photo to this gallery
Retrieved from "https://dragonsdogma.fandom.com/wiki/Rift_Crystal?oldid=316680"
Community content is available under CC-BY-SA unless otherwise noted.