For a list of locations in which the bait will work, see Necrophage.

"A hunk of flesh redolent with a sickly sweet aroma. Place it within an area of Bitterblack Isle to increase the chance of carrion-feeding monsters appearing."

Rancid Bait meat can be obtained by purifying Bitterblack Novelty Lv.1, and be found in chests throughout Bitterblack Isle, or occasionally lying around, such as in the Midnight Helix. Additionally it is sold by Barroch after completion of the Quest Eyes of the Deep. 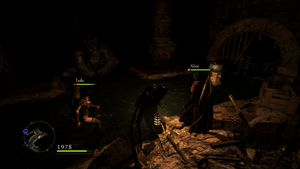 Elder Ogre feasting on a rancid meat at the Bloodless Stockade 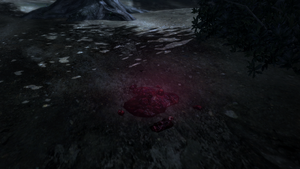 Rancid Bait planted at the Duskmoon Tower
Add a photo to this gallery
Retrieved from "https://dragonsdogma.fandom.com/wiki/Rancid_Bait_Meat?oldid=317801"
Community content is available under CC-BY-SA unless otherwise noted.