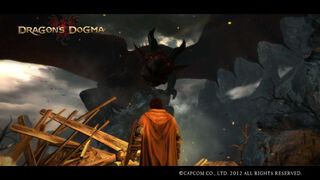 Quests are the storylines and tasks that the Arisen may undertake during the events of Dragon's Dogma or Dragon's Dogma: Dark Arisen.

Quests are subdivided into Main Quests, Sidequests, Escort Quests and other Notice Board Quests, and Dark Arisen Notice Board quests.

Main Quests must be completed to progress the Arisen's storyline. They are the primary quests.

Sidequests are independent series of quests during which the Arisen can assist certain NPCs. Completing these sidequests develops the concerned character's story arc.

While roaming the wilds of Gransys there are also randomly encountered and unmarked 'mini-quests' such as Ambush! and Leave No Prisoners.

A few important characters have their own story arcs. In general each of their quests must be done in turn for the next in their story arc to play out. Amongst others Mercedes and Julien have notable story arcs, but progression in these is not dependent on other events.

Throughout Gransys and Bitterblack Isle there are several Notice Boards from which the Arisen may acquire escort quests, collection quests, and delivery quests. 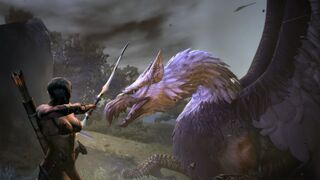 Ambush! are monster 'elimination quests' which may occur when the Arisen stumbles upon a large monster or a pack of foes out in the wilds.

Leave No Prisoners are 'rescue quests' that may randomly initiate at several sites throughout Gransys where a large cage containing a prisoner surrounded by enemies may be found.

Checkpoint saves are made at several key points in the main quest, as well as when the Arisen sleeps in an Inn, and when interacting with a Riftstone.

Retrieved from "https://dragonsdogma.fandom.com/wiki/Quests?oldid=324518"
Community content is available under CC-BY-SA unless otherwise noted.