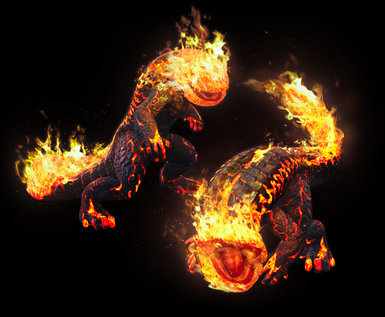 Pyre Saurian is an Enemy in Dragon's Dogma: Dark Arisen.

Unlike their Saurian cousins, Pyre Saurians lack the spinal spikes that run up the back and the horn-like manes most Saurians seem to possess, giving them a more salamander-like appearance; their tails are flat at the tip.

The Pyre Saurian's body is a charcoal black with random breaks of molten red and yellow, its mouth and tail are constantly ablaze unless dowsed with water or ice.

For full information, refer to the Bestiary or the according section on the Saurian page. Enemy specific:

In addition to witnessing these techniques, it is necessary for Pawns to participate in killing 300 Pyre Saurians either with their own Arisen or while travelling with others.

"Such heat! You mustn't get too close!"
"Yes! Now's my chance!" (after extinguishing Pyre Saurian's flame cloak)
"Focus on those whose flame is quenched!"
"Crush the lot of them once they're frozen." 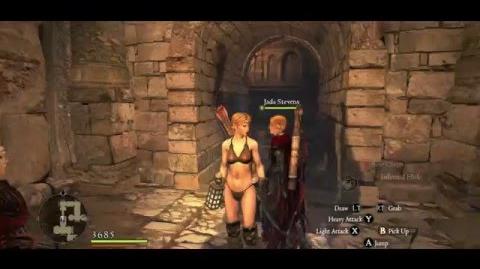 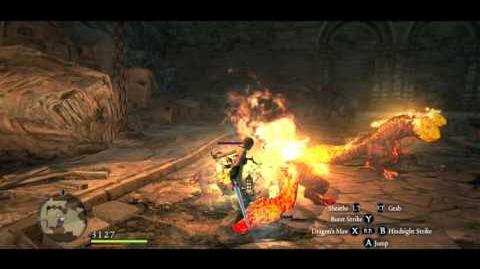 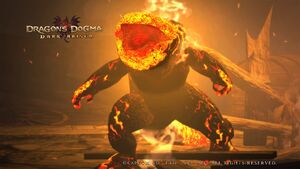 Retrieved from "https://dragonsdogma.fandom.com/wiki/Pyre_Saurian?oldid=322074"
Community content is available under CC-BY-SA unless otherwise noted.