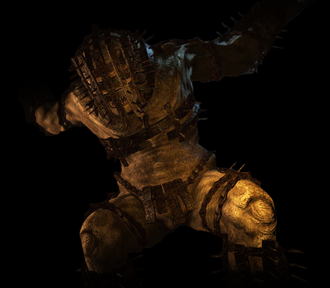 A Prisoner Gorecyclops (also commonly known as a Condemned Gorecyclops) is an Enemy in Dragon's Dogma: Dark Arisen.

A Prisoner Gorecyclops shares similar features to a regular Gorecyclops, but it is significantly taller, with a longer reach and its attacks are much more damaging. Like its brethren, it is weak against ice-based attacks.

A gigantic enemy, over 100 feet tall, covered in dangerous spikes and an iron helmet.

Usually first encountered chained safely to a wall.  Once limited but significant damage has been inflicted on the creature, it will free itself and pick up a giant spiked mace to engage the Arisen and party. Removal of the monster's helmet also may trigger its rampage.

Takes half expected damage when struck on the knee..

Like an armored cyclops helmet, the mask greatly protects the gorecyclops. It can be removed by similar tactics.

The chains restrain the creature and prevent it from attacking.  If sufficiently annoyed, the creature will break its chains and begin to rampage. While chained the gorecyclops has higher resistances.

Staggering, and knocking it down

Once knocked down or kneeling the Gorecyclops becomes a much easier target, both for bows and for Warrior's preparing charged attacks. 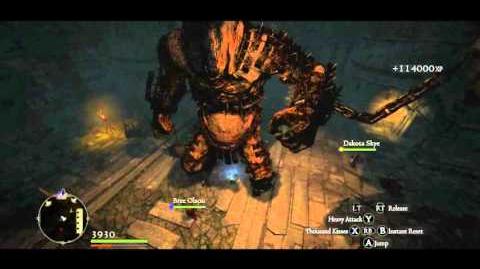 How to climb a Condemned Gorecyclops (demonstration)
The party has already eliminated all the weaker enemies in the room before engaging the 2 Condemned Gorecyclops. The Arisen uses a Goldforged Rusted Bow to inflict Torpor on the giants for 25 seconds each, making them easier to climb. 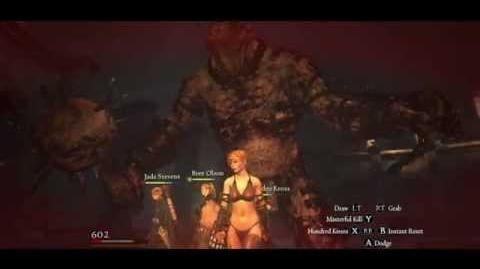 2 Condemned Gorecyclops slain with only Rusted Daggers. No armor, buffs, curatives or Wakestones. Hard mode. (A)
An Assassin demonstrating the hard road, using only Rusted Daggers in order to simulate a low level Arisen. The handicapped Arisen must rely upon her pawns to deliver most of the damage here. 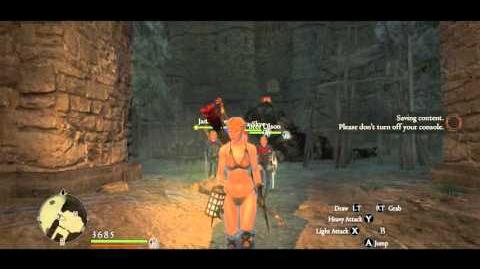 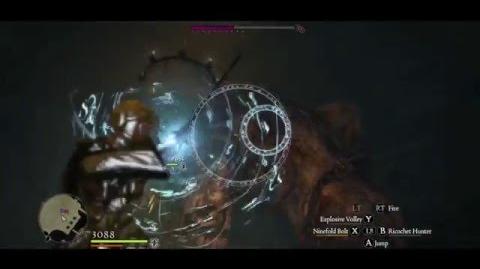 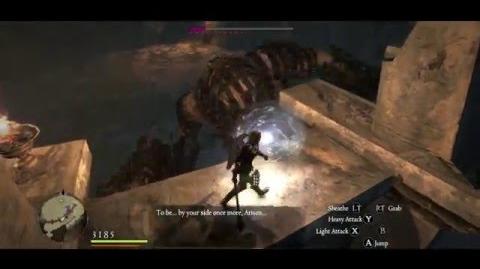 Mystic Knight vs 2 Condemned Gorecyclops
While it is certainly safer to attack Condemned Gorecyclops from afar with Great Cannon, a Mystic Knight can also engage them at close quarters with Abyssal Anguish. Remember to stand near the instep of the right foot and observe their foot stomp patterns in order to predict incoming attacks : right foot stomp, left foot forward, left foot back. All physical attacks from these giants can be Perfect Blocked. Removing their face masks early with Great Cannon exposes them to more damage from overhead attacks. 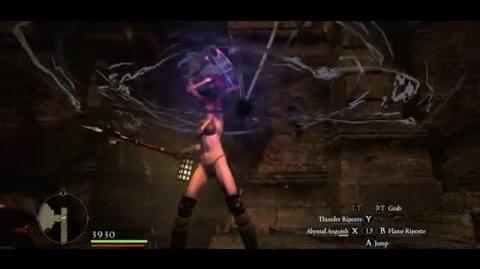 The Cyclops strategy scrolls will grant knowledge (and therefore Stars) for all members of the Cyclops family which includes the Gorecyclops.

"Shall we leave it be? ...Please?"
"'Tis enormous!"
"Perhaps we'd do well not to disturb it."
"Is this giant, too, a prisoner here?"
"'Tis hideous, even by a cyclops's measure!"
"The giant has torn free of its bindings!"
"'Tis too powerful!"
"It's fallen! Now! Attack!"
"Their tusks are too short to cleave!"
"Cling to its leg -- throw it off balance!" (faulty knowledge flag inherited from Cyclops Bestiary)
"Bleed its arm and it'll drop its weapon!" (correct knowledge flag inherited from Cyclops Bestiary)
"Good! It's lost its cudgel!" (Gorecyclops is disarmed)
"It makes to throw! Stand ready!" (Gorecyclops picks up a throwable object)
"A brilliant hit!" (when Gorecyclops is disarmed)
"Its armor is rent!" (Gorecyclops drops a piece of armor) 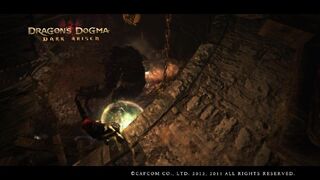 Using High Comestion to knock down the prisoner. 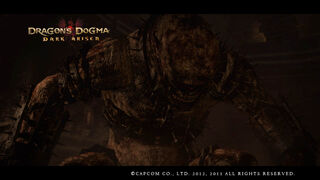 Free of its chains. 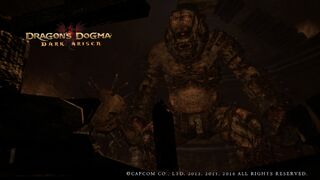 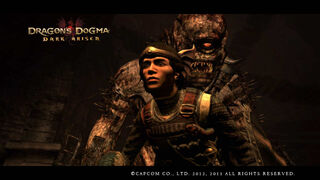 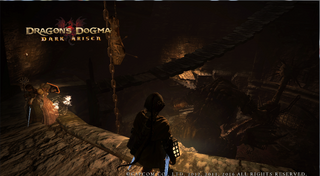 I'm the stompest, I'm the best! No hummies - dragon next! 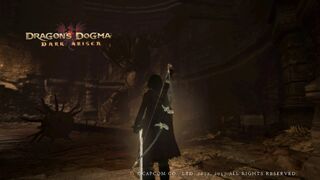 Indimidating height... o_0
Add a photo to this gallery
Retrieved from "https://dragonsdogma.fandom.com/wiki/Prisoner_Gorecyclops?oldid=323884"
Community content is available under CC-BY-SA unless otherwise noted.