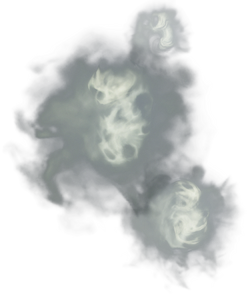 Phantom is a Ghostly enemy in Dragon's Dogma.

Phantoms are Ghosts commonly found in Gransys. They appear during the night and in ominous places like underground dungeons. Phantoms will cling onto their victims, affect their movement and drain their health rapidly. Pawns slain by Phantoms in this manner are returned to the rift and are not rendered unconscious, and so cannot be revived by the Arisen.

There are encountered two forms of Phantom: the lesser form is smaller, and is only capable of lightly possession the Arisen and allies - on doing this however it grows to the greater form; the greater form is larger and when it possesses a victim vvery rapidly drains health. A 'greater' Phantom will shrink back to normal when sustained enough damage. 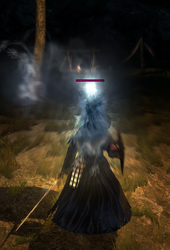 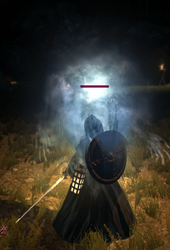 In addition to witnessing these techniques, it is necessary for Pawns to participate in killing 50 Phantoms either with their own Arisen or while travelling with others.

"Swords are useless!"
"An ally's blow will dislodge the ghost!"
"A forsaken soul floats in the air!"
"It grows with the life it steals!"
"Phantoms release their hosts when attacked!"
"Call for help if a phantom takes hold."
"It grew!?"
"We cannot let it wail! I'll respond with magickal light" 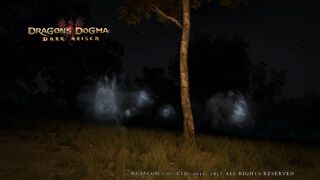 Phantoms, fully grown and minor, at the Old Garrison 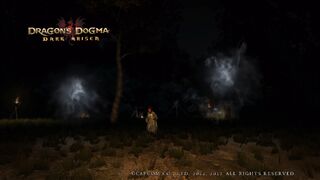 Ghosts at the Old Garrison
Add a photo to this gallery

Retrieved from "https://dragonsdogma.fandom.com/wiki/Phantom?oldid=316756"
Community content is available under CC-BY-SA unless otherwise noted.