Militant Dove is a DLC weapon available in Dragon's Dogma.

"A magickal bow made of wood from a sacred tree. Its wielder takes more damage from attacks, but his Health replenishes of its own accord."

The Arisen receives twice as much damage from enemy attacks with this magick bow equipped, but it heals from near-death to full health (surpassing the "white bar" just as curatives do) in about 90 seconds while emitting a green aura as its visual effect for health restoration. This restoration is only active as long as the Arisen remains completely inactive; even having the magick bow aimed without firing will deactivate it.

Values in parenthesis are changes in Dark Arisen. 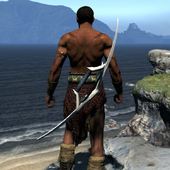 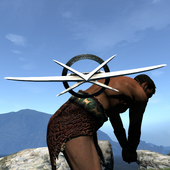 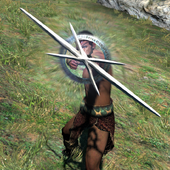 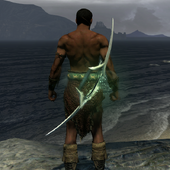 The visual effect for health restoration during daylight. 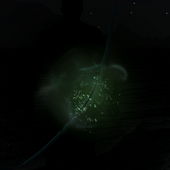 The visual effect for health restoration during nighttime.

Retrieved from "https://dragonsdogma.fandom.com/wiki/Militant_Dove?oldid=312069"
Community content is available under CC-BY-SA unless otherwise noted.