Lich is a powerful levitating undead Enemy in Dragon's Dogma.

Deadlier versions of Wights found in The Everfall (Post-Dragon) and on Bitterblack Isle. They can summon Skeleton Lords and Hellhounds and have access to the deadly spells of the Sorcerer. They carry the archistaff Dragons Risen.

For full information, refer to the Bestiary page or the according section on the Wight page.

The scroll Lich Tactics will grant knowledge for this enemy.

In addition to witnessing these techniques, it is necessary for Pawns to participate in killing 25 Liches either with their own Arisen or while travelling with others.

"Is someone there...?" (no Bestiary knowledge)
"The fiend commands powerful magick!"
" 'Tis a ghoul sorcerer, and powerful!"
"It courses with a magick uncommon strong..." (no bestiary knowledge)
"An undead grand wizard, be careful."
" 'Tis conjuring monsters! We must stop it!" 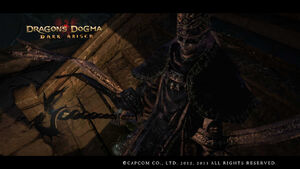 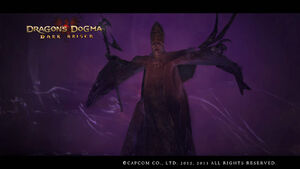 The Lich in the Rotunda of Dread summoning Hellhounds. 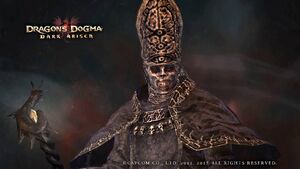 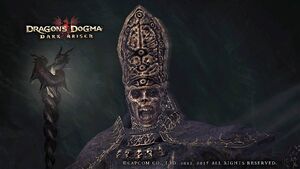 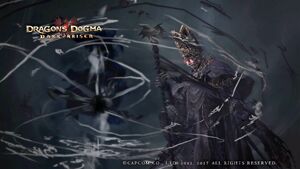 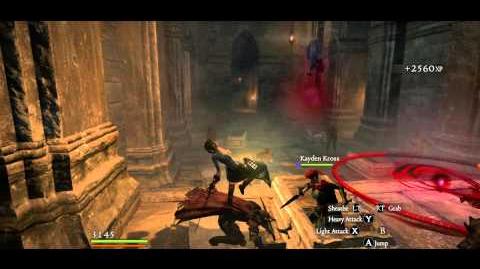