Leaping Stone is a skill available in Dragon's Dogma.

"An advanced form of Stepping Stone. Kicks forward from an extended range, then jumps off the target, high into the air."

Gaining access to the upper level in The Abbey's tower 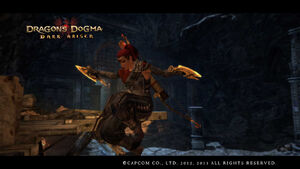 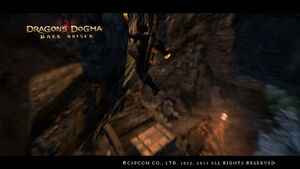 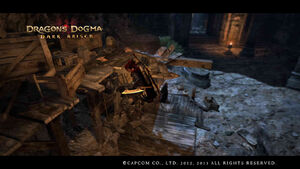 Add a photo to this gallery
Retrieved from "https://dragonsdogma.fandom.com/wiki/Leaping_Stone?oldid=312482"
Community content is available under CC-BY-SA unless otherwise noted.