Kent is an NPC in Dragon's Dogma.

"Turn out your pockets, and be quick about it!"

Kent is a Bandit who will attack the Arisen on the roads outside of Gran Soren.

A Strider, typically found just west of the south gate of Gran Soren past the broken wall. Kent has no stamina limit; his primary attacks are Dazzle Blast and Cutting Wind and though he has a bow, he will not use it. He will also ignore any pawns attacking him and just head straight for the Arisen. 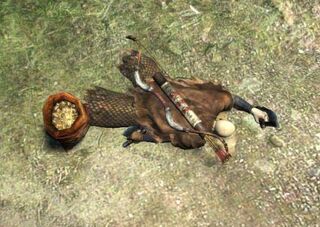 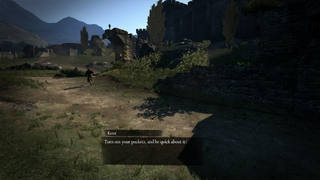 Kent's cutscene
Add a photo to this gallery
Retrieved from "https://dragonsdogma.fandom.com/wiki/Kent?oldid=304117"
Community content is available under CC-BY-SA unless otherwise noted.