Hindsight Sweep is a skill available in Dragon's Dogma.

"An advanced form of Hindsight Slash. Duck back before delivering a slashing charge. Becomes even stronger as attacks are evaded."

An advanced version of Hindsight Slash. In Dragon's Dogma, becomes Hindsight Strike with a suitable Fighter's Ring or Band equipped. 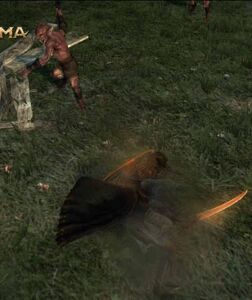 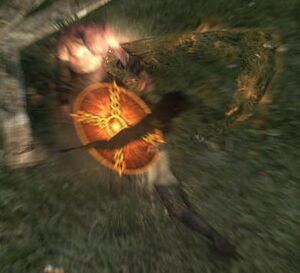 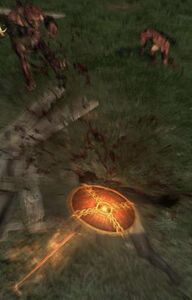 Add a photo to this gallery
Retrieved from "https://dragonsdogma.fandom.com/wiki/Hindsight_Sweep?oldid=313962"
Community content is available under CC-BY-SA unless otherwise noted.