High Bolide is a fire based skill available in Dragon's Dogma.

"An advanced form of Bolide that calls down a greater number of meteors. The user may move after deployment."

An advanced version of Bolide that summons ten meteors from the heavens, causing elemental fire and physical damage to foes. With Dark Arisen, it becomes Grand Bolide with a suitable Sorcerer's Ring or Sorcerer's Band equipped.

Bolide summons four, High Bolide ten, and Grand Bolide fifteen meteors that deliver both physical damage as well as Fire based magickal damage. To access the higher tier spells, the lower ones must first be incanted, meaning a total casting time of 19 seconds for Grand Bolide; after casting there is a short spell holding time of a couple of seconds.

While the spell is incanted the casted is unable to move, though the field of view can be rotated.  The spell's meteors will strike in a broad area in front of the caster's view, and may also hit slightly behind.

In general each meteor targets a separate enemy; the point of impact is indicated by a glowing ring around the targeted foe shortly before impact. When this spell is cast by enemies, this ring indicates an area to avoid shortly before a meteor hits.

The meteors explode on impact and cause large amounts of physical and fire based magickal damage, as well as high knockdown.

Each meteor targets a different foe, making it effective against groups of enemies, but less so against a single large enemy, such as a Cyclops, which may be hit directly only once by a Bolide volley. Creatures like the Chimera are targeted by multiple meteors, once for each head, making this spell very powerful against polyheaded beasts.

The area of effect on impact is quiet large, around 2 a two-meter radius. Foes on the periphery of this may receive reduced, but still subtantial damage.

Grand Bolide differs slightly in its targeting pattern, in that multiple meteors may strike a single target. 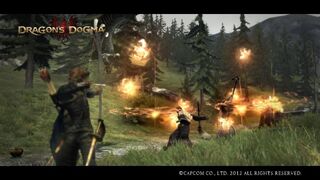 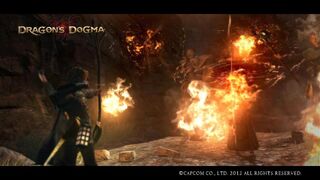 Levitation near the end of the incantation 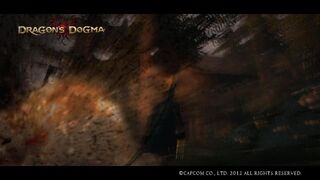 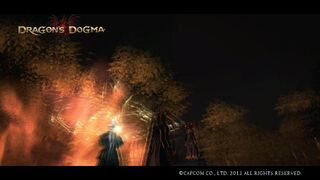 BANG!
Add a photo to this gallery
Retrieved from "https://dragonsdogma.fandom.com/wiki/High_Bolide?oldid=318229"
Community content is available under CC-BY-SA unless otherwise noted.