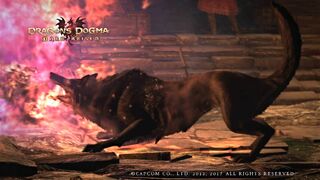 Hellhound is an Enemy in Dragon's Dogma.

Hellhounds are a larger, much more dangerous version of Wolves with black fur and far more health. They can be found throughout Gransys during Post-Game and on Bitterblack Isle.

Hellhounds spew fireballs, grab and drag knocked down characters a fair distance away, and use their maul attack to inflict large amounts of damage. When engulfed in flames, their bites cause additional Fire damage.

In addition to witnessing these techniques, it is necessary for Pawns to participate in killing 150 Hellhounds either with their own Arisen or while travelling with others.

" 'Tis nothing like the wolves we've seen!"
"A black beast... 'Tis strong, Arisen." (no Bestiary knowledge)
"There, Master! Hellhound!"
"Swathed in flames they're a greater threat!"
"Watchdogs of the infernal beyond..."
"A pack of hellhounds!"
"Beasts of flame, and strong..."
"Hellhounds, nearby!" 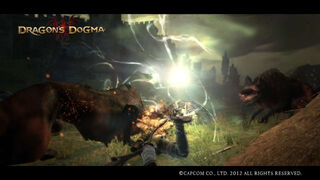 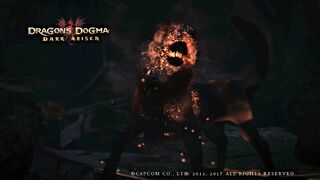 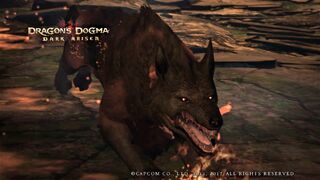 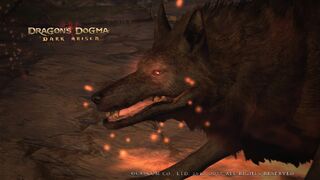 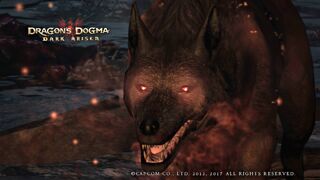 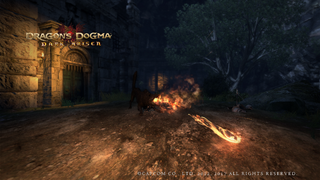 Add a photo to this gallery
Retrieved from "https://dragonsdogma.fandom.com/wiki/Hellhound?oldid=321733"
Community content is available under CC-BY-SA unless otherwise noted.