"Take up arms, newly Arisen. For my kind do not heed the toothless."

Grigori is a giant red, firebreathing Dragon. He attacks the village of Cassardis at the beginning of the game during Harbinger of Destruction, taking the incipient Arisen's heart and initiating their quest to get it back.

Though he then disappears, the whole of Gransys and the wider world is set into panic by his appearance. Allies send aid to each other, whilst kings and dukes make preparations for war; others run and hide.

Despite this, no more is heard of the Dragon for some time, until he strikes without warning at the keep of The Greatwall, ruining the fortress.

He then retires to The Tainted Mountain, where the Arisen and their allies must face him down in The Final Battle.

"Dragons are creatures wreathed in mystery.

Though they have appeared a handful of times in the long history of the continent, it is still not clear how they are born or what brings them to attack men’s civilizations. The small amount of knowledge that has been gleaned from their sporadic attacks reveals little more than the facts that dragons possess dreadful power and are intelligent enough to understand human speech.

Dragons appear without warning, sometimes dozens, sometimes hundreds of years apart, bringing chaos in their wake and destroying men and nations without distinction.

Their actions are inhuman and atrocious, but given their high level of intelligence, it is hard to imagine that their violence is without purpose. Many times in the past have they brought the world to the edge of destruction, but they have never completely wiped out mankind.

In every age that they appear, the dragons commit a short-lived but ferocious assault upon the world. Then they cease their attack and alight atop a mountain or other visible location, as if waiting for something. Given these strange actions, it is possible to think that the dragons are fulfilling some sort of role or duty, serving some greater function in the world, yet at present there is simply not enough evidence to make any sort of theory about the dragons’ purpose.

It is also clear from past records that the number of monsters in the world seems to sharply increase around the time that a dragon appears. This could be nothing more than coincidence, but if it is somehow an effect of a dragon’s imminent appearance, then this would be another example of dragons’ peculiar place in the natural order of the world."
―Capcom official description[1]

Grigori is a giant red dragon, similar to the fire breathing Drake, but many times more powerful.

It is thought that the Dragon's corporeal strength is made up of the hearts of his victims, the Arisen. In truth it is later revealed that he was once a "pawn", and furthermore, a former Arisen. His purpose is to serve as a test for persons of strong character who might one day take up the post of Seneschal. The Dragon himself was created from an Arisen who failed at the final step - vanquished by the Seneschal.

As holder of the hearts of Arisen, they, through the Dragon's protection, are given virtual immortality, and do not age - however, should the Dragon be slain, their age catches up with them, as the release of the hearts the Dragon holds makes them mortal again.

Arisen meeting the challenge of the Dragon are traditionally given a Faustian choice: face him in battle, or exchange the life of a loved one for any worldly power they could desire. By accepting the bargain, an Arisen becomes the thrall of the Dragon and their quest ends. But if the Arisen accepts the challenge, they have the opportunity to defeat him, win back their heart - or die trying.

The End at the Beginning

Above the Tainted Mountain

At the Tainted Mountain

In addition to witnessing these techniques, it is necessary for Pawns to participate in killing Grigori a total of three times either with their own Arisen or while travelling with others. 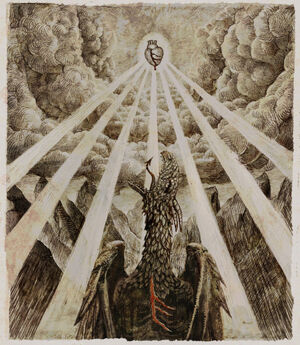 Retrieved from "https://dragonsdogma.fandom.com/wiki/Grigori?oldid=323792"
Community content is available under CC-BY-SA unless otherwise noted.