A more powerful form of Sacrificial Bolt that returns a pawn to the rift in exchange for a magickal bolt of great destructive power. Both damage and blast radius are greatly increased.

For the spell to be cast the Arisen must have at least one pawn in their party to sacrifice. After a relatively long incantation a randomly selected pawn dies and returned to the Rift - their 'life force' is transferred to the bolt which can then be fired.

Whilst the spell is fully incanted and charged, the Arisen's vision becomes monochrome and time slows, though the spell itself requires little or no stamina to cast. During the time-slowing effect, stamina depletes rapidly.

Releasing the spell fires a dark enchanted magic bolt of great power. If a foe was targeted with the spell the bolt will track them. The offensive damage is twofold:

If stamina is exhausted while the spell is being held time will return to its normal rate of passage.  The spell can still be cast, however, with no loss of power.

The sacrificed pawn is chosen randomly and immediately returned to the Rift. No rescue is possible; a Legion's Might staff, if equipped, will not resurrect the fallen pawn.

Both Sacrificial Bolt and Great Sacrifice create a dark element magickal arrow attack through the death of a pawn.

Only the initial strike seems to be imbued with the Dark element, the subsequent blast is Neutral Magick.

With Sacrificial Bolt the core spell power contributes the majority of the destructive power, with only around 10% of damage contributed by the Arisen equipped with the strongest magick bows.

With Great Sacrifice the Arisen's magick power contributes incredibly strongly to the spell's power, in addition to the already very powerful base magick strength. With the strongest magick bow and high core Magick the Arisen's own magick ability can contribute around 4/5ths of the dark bolt's power, and 1/3rd of the shockwave's power.

The blast radius of Sacrificial Bolt is wide, around 3m, Great Sacrifice has a massive blast radius, at least twice as big as that of its minor spell.

Creature's with high dark resistance (or possibly high dark Critical Hit resistance) can resist the effect of this spell.

If the spell is resisted the neutral magick shockwave will not be produced. Additionally even if the power of the spell would have been able to destroy the target many times over, they will be left with one health.

Potentially resistant creatures include : Wight, Hydra, and Gorechimera, and occasionally much lesser creatures such as Hobgoblins and Undead. Ghosts also can resist the bolt.

When facing dark resistant foes it can be better to aim the bolt to miss but hit nearby the creature, ensuring the neutral magick blast is still triggered.

Both Sacrificial Bolt and Great Sacrifice have sufficient power to destroy in one shot all minor living creatures in Gransys. In addition to those with dark resistance a few monsters show some resistance : 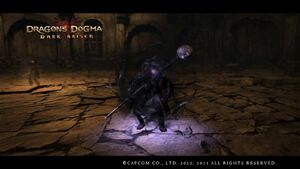 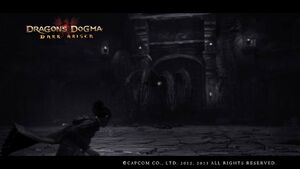 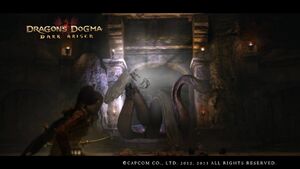 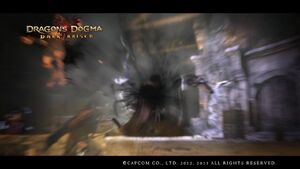 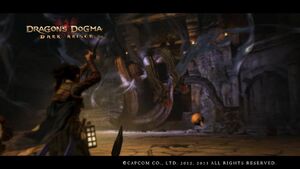 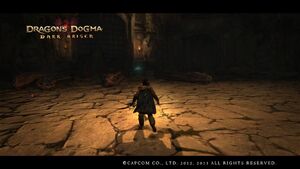 Retrieved from "https://dragonsdogma.fandom.com/wiki/Great_Sacrifice?oldid=323316"
Community content is available under CC-BY-SA unless otherwise noted.