"An advanced form of Magick Cannon that conjures a sphere of magickal power, and fires more rounds of spellshot at foes."

Great Cannon conjures a magickal floating orb or sigil, which, when struck by a wide variety of attacks, including both friendly and enemy attacks, emits balls of magick that target and seek out enemies to damage them.

The Great Cannon sigil takes on the enchantment of the equipped sword or mace - if the weapon was temporarily enchanted, the sigil will take an appearance appropriate to the relative Archmagick.

A Great Cannon sigil persists for 19.5 seconds, 50% longer than Magick Cannon. Each orb is no more powerful than the single Magick Cannon orb, though there are three generated instead of one.

Great Cannon does both physical and magickal damage and scales very approximately with a 2:3 split of the caster's Strength and Magick stats. Thus both strength and magick boosting potions and charms increase damage. Enchanting the summoning weapon prior to casting the sigil increases the sigil's damage.

Due to Great Cannon's mixed damage it can strike any enemy in Gransys, from Ghosts to Golems. However, when targeting magick-resistant objects such as Metal Golem discs, only weapons with high physical stats will cause damage; a low level weapon such as Obliteratrix may do no damage at all to those discs via the Cannon sigil, even if used by a high-level, powerful Arisen.  This is a consequence of the attack power being independent of the wielder's own strength.

Each single strike of the sigil produces a set of orbs (just one orb per set with Magick Cannon).  Skills with multiple strikes will produce multiple sets of orbs. For example, a single blow of Onslaught produces one set of three orbs; whilst a single use of Full Moon Slash produces five sets .

Orb power from a sigil struck with the weapon used to incant it is independent of the skill used - thus the key factor in damage is the number of strikes during the sigil's existence. On terms of rate of fire :

Thus skills such as Full Moon Slash can produce more orbs and damage, but at a cost of higher stamina use.

Up to three cannon sigils can be summoned at one time, however, summoning and firing two spheres in conjunction with each other is the most effective use of this spell. One sphere often does lesser damage, whilst the time to place three means that by the time a third is placed on the field, the first sphere is likely about to fade. If a fourth sigil is cast the earliest existing sigil will vanish.

In addition to the Arisen striking the Sigil using any physical skill or attack, the cannons can be triggered in many ways. 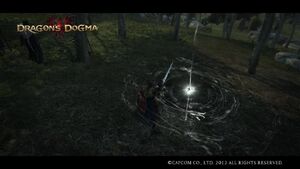 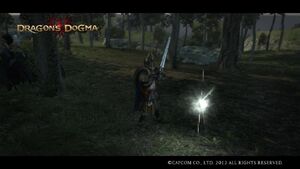 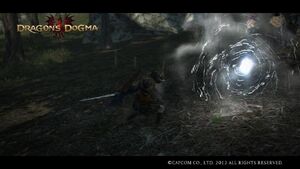 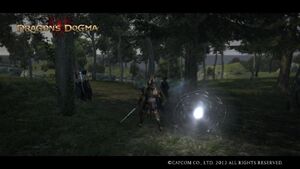 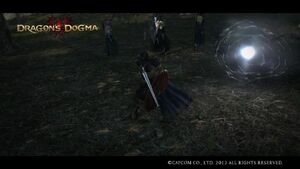 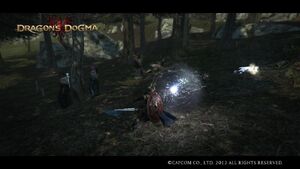 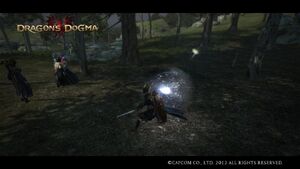 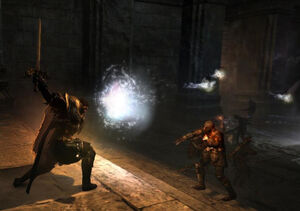 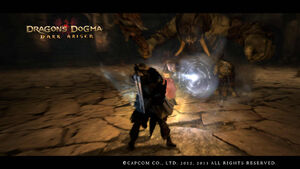 Add a photo to this gallery
Retrieved from "https://dragonsdogma.fandom.com/wiki/Great_Cannon?oldid=323252"
Community content is available under CC-BY-SA unless otherwise noted.