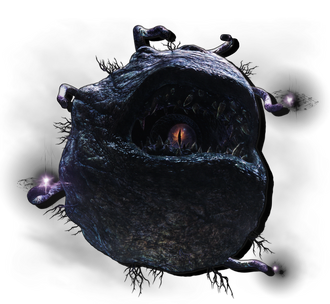 The Gazer is an Enemy in Dragon's Dogma: Dark Arisen.

The Gazer is a distorted version of an Evil Eye, found in the Shrine of Futile Truths on Bitterblack Isle. It employs various spells and Debilitations in battle (including Torpor, Blind and Petrification). The Gazer also summons Tentacles from the ground which can each independently cast fireballs, ice shards or an electrical attack against the party.

The Gazer chants spells using its eyelids like a mouth.

Unlike Vile Eyes and the Evil Eye, the Gazer does not have a magical barrier to protect itself when it is not attacking. However, the exterior ocular cavity is extremely resistant to physical attacks, except for the eye itself.

For full information, refer to the Bestiary page.

In addition to witnessing these techniques, it is necessary for Pawns to participate in killing 30 Gazers either with their own Arisen or while travelling with others.

"'Tis absolutely enormous!"
"Let's have these tentacles off!"
"Beware its tendrils!"
"Watch for those tentacles!"
"Waugh! Its tentacles...!"
"Its skin is tough as steel!"
"I am bound!"
"We must strike at its eye!"
"Strike the tentacles that store up magick!"
"Perhaps we can use the magickal energy it produces!"
"'Tis our chance -- destroy the eye!" 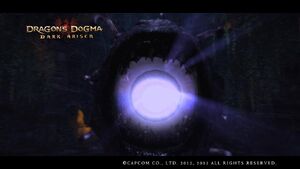 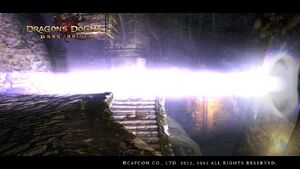 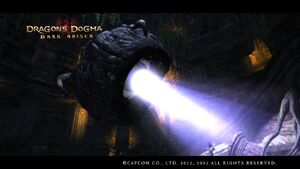 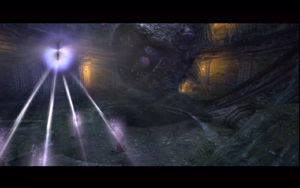 The Gazer conjures it's magickal sphere. 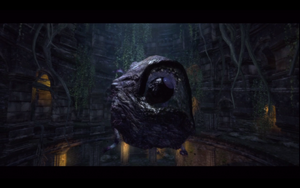 The Gazer in its death throes.
Add a photo to this gallery

Retrieved from "https://dragonsdogma.fandom.com/wiki/Gazer?oldid=323050"
Community content is available under CC-BY-SA unless otherwise noted.