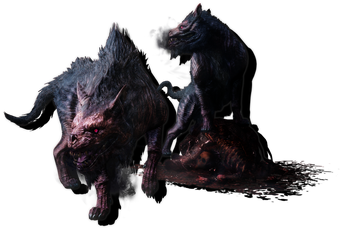 Garm is an Enemy in Dragon's Dogma: Dark Arisen.

Garm are huge, muscular, wolf-like quadrupedal beasts that can be encountered on Bitterblack Isle in packs of two or three, or as solitary individuals.

Garm are necrophagous creatures; the stench of death and rotting corpses attracts them. Their appearances are not entirely random as the Arisen can influence the spawn rate of Garm, however, the more death within Bitterblack Isle, the more likely one or more of these creatures will spawn. Prior to noticing the party, Garm will be rending and eating the corpses of the slain.

They can be lured with Rancid Bait Meat. 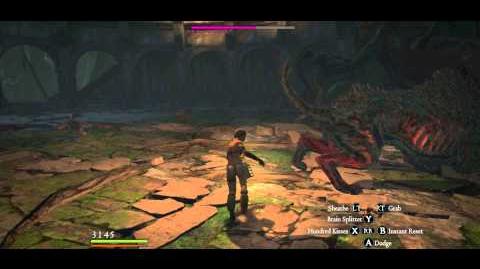 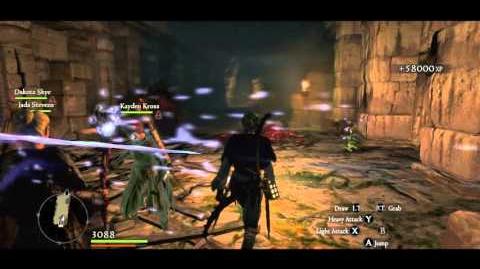 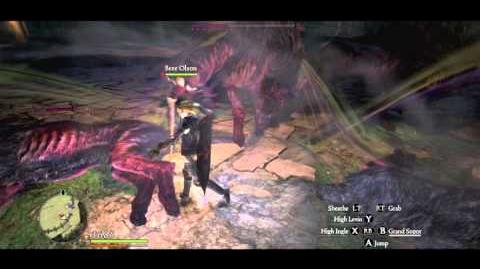 Sopor vs 5 Garm
|A Mystic Knight demonstrating Sopor effectiveness. Garm are helpless when asleep. Using a Rusted Staff can double debilitate them with both Torpor and Sleep. 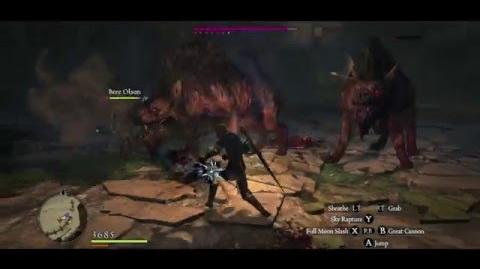 For full information, refer to the Bestiary, or the according section on the Wolf page.

In addition to witnessing these techniques, it may be necessary for Pawns to participate in killing 100 Garm and to obtain a combined kill count with Wargs of 300, either with their own Arisen or while travelling with others.

"An enormous wolf!" (no Bestiary knowledge)
"Garm! Stand ready!"
"There, Arisen. Garm at their feed."
"Shield your eyes! They spew a blinding fog!"
"Mind that breath!"
"They are many, Arisen!"

Retrieved from "https://dragonsdogma.fandom.com/wiki/Garm?oldid=318298"
Community content is available under CC-BY-SA unless otherwise noted.