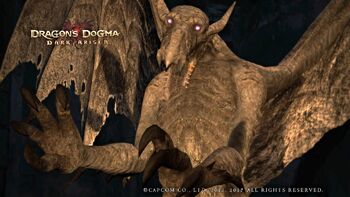 Gargoyle is an Enemy in Dragon's Dogma.

Gargoyles are a dangerous species of grey, winged creatures rarely found on Bitterblack Isle and in Gransys during Post-Game. Their bodies are hard as stone and most resistant to physical attacks.

They attack by grabbing and stabbing their prey with their tail, with the chance to cause Petrification which leads to death if not immediately treated.

In addition to witnessing these techniques, it is necessary for Pawns to participate in killing 50 Gargoyles either with their own Arisen or while travelling with others.

"Their tail can turn a man to stone."
"A team of gargoyles!"
"Have we a remedy for petrification?"
"Their skin looks hard as stone!" 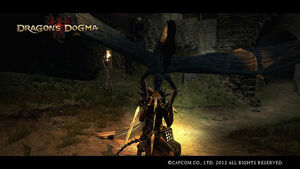 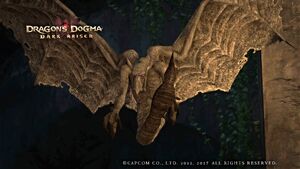 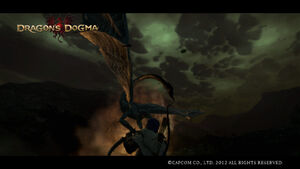 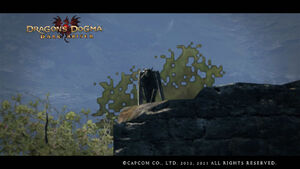 Gargoyle perched on the gate outside Gran Soren. 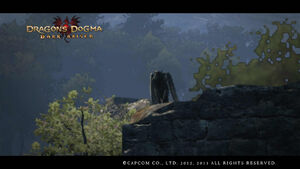 Post-Game but it is bright due to the Clear Skies Glitch. 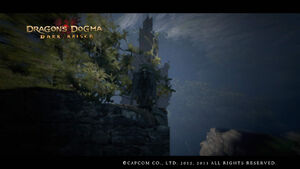 The second one on the left.
Retrieved from "https://dragonsdogma.fandom.com/wiki/Gargoyle?oldid=316579"
Community content is available under CC-BY-SA unless otherwise noted.