Gale Harness is a skill available in Dragon's Dogma.

"An advanced form of Wind Harness that hastens the user's movement for a longer period of time."

An advanced version of Wind Harness, with twice the duration.

In Dark Arisen, it becomes Tempest Harness with a suitable Assassin's Ring or Assassin's Band equipped.

Gale Harness cancels instantly if the primary weapon is changed from daggers to sword. Re-activating the skill also cancels it prematurely.

A combination of Gale Harness and Running at very light Encumbrance is fast, but just using the Strider skill Mad Dash is slightly faster (or very similar), and does not depend on encumbrance. 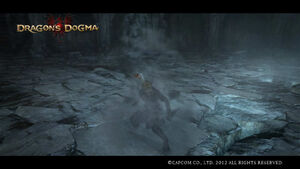 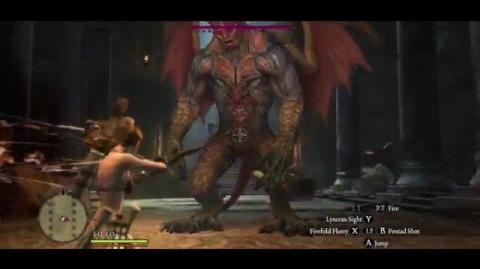 Assassin vs Daimon (Gale Harness, Thousand Kisses combo). Dead in 38 seconds.
Gale Harness allows the Arisen to run, climb and land attacks faster than normal for 40 seconds
Add a photo to this gallery
Retrieved from "https://dragonsdogma.fandom.com/wiki/Gale_Harness?oldid=308258"
Community content is available under CC-BY-SA unless otherwise noted.