Frozen is a debilitation in Dragon's Dogma when the target is frozen solid and incapable of moving.

Frozen may be inflicted by Ice based spells and weapons and the Ice breath from a Wyrm, Frostwyrm or Snow Harpy.

A fully frozen person or creature takes double damage if hit with a physical attack from the next attack. Being hit always disperses the frozen status. Targets killed while frozen shatter into pieces.

Large creatures such as Drakes, Cyclops, or Ogres cannot be totally frozen, but may have parts of their body iced up. In these cases the ice forms a protective barrier, absorbing damage - when such a frozen part is hit physical damage is reduced substantially.

Magick attacks are unaffected either way by the target being frozen.

Frozen lasts for about 15 seconds and can be cured by Spicy Mushroom Tea, Interventive, Panacea, the Halidom spell and any spell or item granting Impervious.

Defense against this effect is given by the Iris Ring (100%), Surcoat (5%) and by upgraded Delta Guards.

The Shoulder Cape also protects against being frozen. The Forest Tunic Set adds resistance when upgraded of an unknown amount.

In Dragon's Dogma the Set of Fisherman's Garb (20%) and Set of Servant's Garb (50%) also protected against being frozen, though these abilities were lost in Dark Arisen. 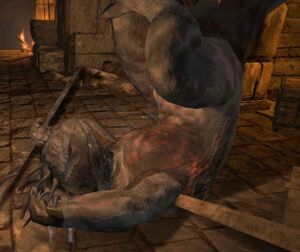 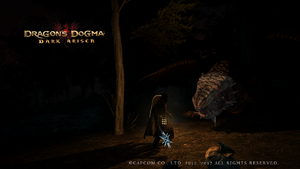 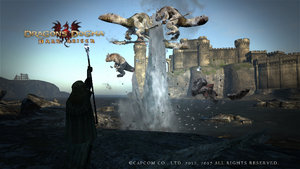 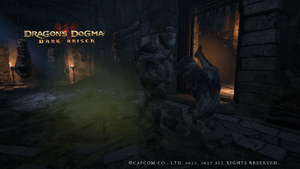 A pair of frozen Poisoned Undead
Add a photo to this gallery
Retrieved from "https://dragonsdogma.fandom.com/wiki/Frozen?oldid=323259"
Community content is available under CC-BY-SA unless otherwise noted.