Firedrakes are an upgraded form of Drakes found on Bitterblack Isle. They possess higher strength, higher health and resistances than normal Drakes. Their attacks are similar to that of lesser Drakes, but differ in magnitude; Firedrakes can deal massive amounts of damage.

Firedrakes emit a red smoky glow. Clinging onto a Firedrake causes Fire damage. In addition, if equipped armor does not have high burning resistance, a Firedrake's aura can cause the climber to be set on fire.

The Firedrake has higher Defense than all of its draconian cousins except the online Ur-Dragon, making it harder to damage. This tends to prolong encounters even when its heart is constantly attacked.

Defeating a Firedrake provides a chance of Dragonforging any Weapons and Armors equipped on the Arisen regardless of Enhancement Level. 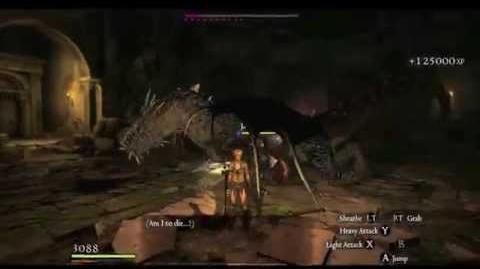 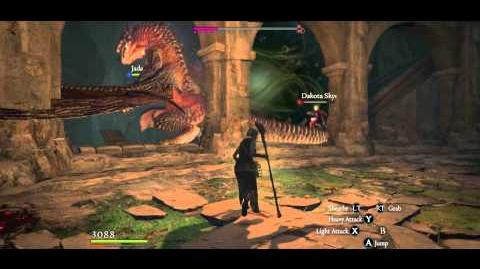 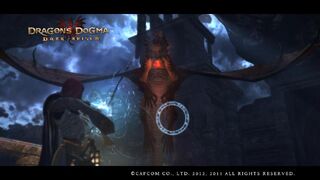 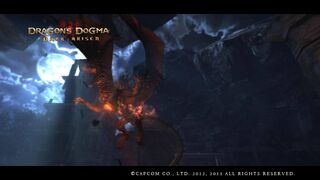 .. Knocked out of the sky
Retrieved from "https://dragonsdogma.fandom.com/wiki/Firedrake?oldid=302145"
Community content is available under CC-BY-SA unless otherwise noted.