Ferris is an NPC in Dragon's Dogma.

Ferris a traveller, who, as part of their journeys, has the unlucky tendency to being captured by Goblins and placed in a cage. Rescuing her forms part of the quest Leave No Prisoners.

In the brief period between rescuing her, and her setting off alone again, no doubt to be captured yet again, Ferris can be given gifts, and her affinity raised. As such she is a potential Beloved. 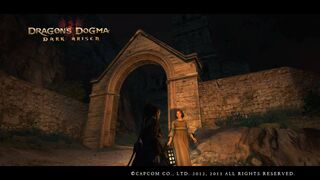 Ferris after discoving the Chapel is not open at midnight 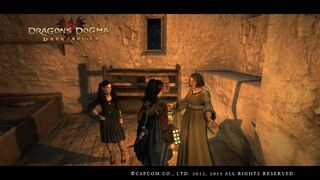 Ferris in Your House, shortly before another of her 'little walks'
Retrieved from "https://dragonsdogma.fandom.com/wiki/Ferris?oldid=294378"
Community content is available under CC-BY-SA unless otherwise noted.