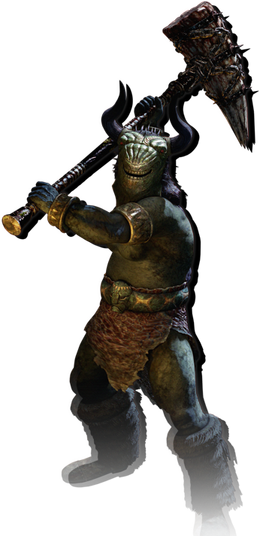 An Eliminator is an Enemy in Dragon's Dogma: Dark Arisen.

Eliminators are huge, brawny undead humanoids found on Bitterblack Isle. They stand taller than any person, though smaller than an Ogre. Eliminators don masks in the image of a bull, Fur Greaves and Cursed King's Belts, and are armed with a Cyclops Sigil or Devil's Nail.

There are two types of Eliminators: One wears a Persecutor's Mask and is dark skinned, the second wears a Tormenter's Mask and has much lighter skin. Both have the same amount of health, but the second version which appears only after Daimon is killed for the first time, is tougher. Both may drop their masks when killed.

All the evidence suggests that Eliminators are in fact undead. They receive increased damage from the Zombiebane shield, they are damaged from curative holy magick like Halidom, and they are healed by the 'unholy-anodyne' sigil cast by Liches.

Their attacks consist of many large-radius hammer blows and they are much faster than one would expect. 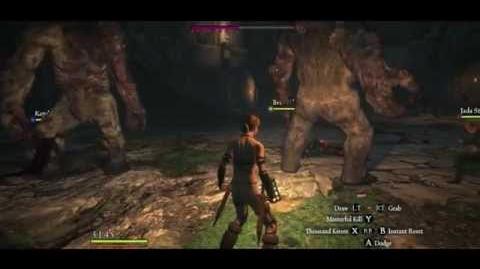 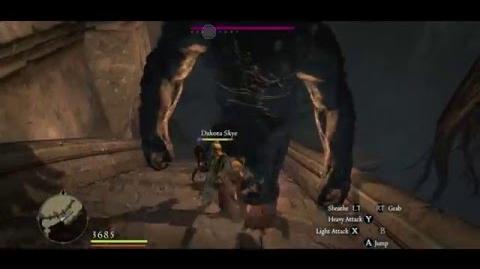 Mystic Knight vs 3 Eliminators, 3 Elder Ogres, 3 Sirens (I)
13 Perfect Blocks ! Studying the Eliminator's attack patterns and physical "tells" will allow the Arisen to predict an Eliminator's attack - learn to recognize their 5-hit club swing combination and exploit it. 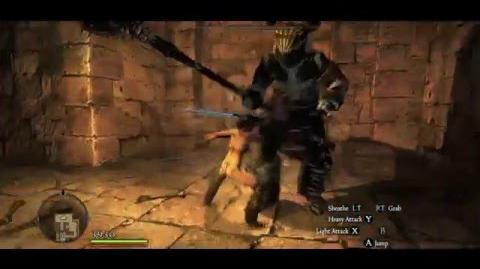 Solo Fighter vs Eliminator. One on one duel. No damage.
Wielding a Goldforged Almace sword, the Arisen keeps the Eliminator continuously frozen with Dragon's Maw. 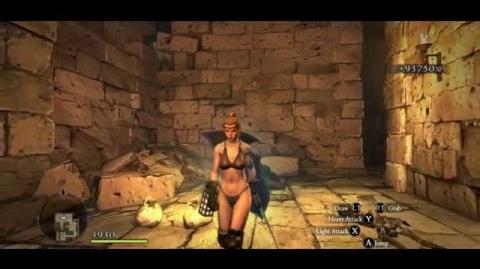 Solo Mystic Knight vs Eliminator. One on one duel. No damage.
A Mystic Knight demonstrating 5 Perfect Blocks with Frost Riposte. Wielding an Almace sword, the Eliminator is continuously Frozen until it is eventually slain. 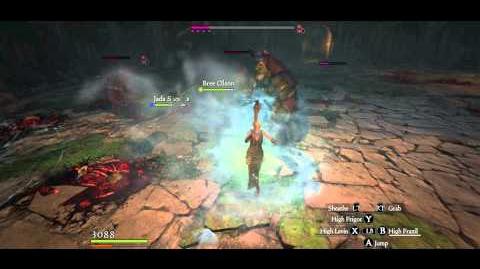 In addition to witnessing these techniques, it is necessary for Pawns to participate in killing 60 Eliminators either with their own Arisen or while travelling with others.

"A guardian of this labyrinth, perhaps."
"It looks damned tough..."
"Stand firm! An eliminator comes!"
"They charge with little warning!
"It stands firm... Does it feel no pain?!"
"They swarm upon the fallen! Rise as soon as you're able!"
"Do not allow it to knock you down!"
"Watch for their attacks--evade, then strike!" 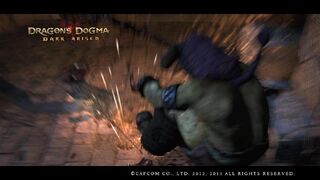 An Eliminator being sent flying by a hit from Arc of Deliverance. 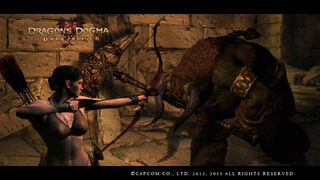 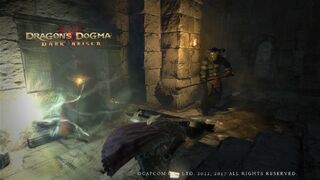 Out of the shadows...
Add a photo to this gallery

Retrieved from "https://dragonsdogma.fandom.com/wiki/Eliminator?oldid=318351"
Community content is available under CC-BY-SA unless otherwise noted.