"Does doubt haunt you?"

Drakes are an astoundingly hardy and powerful adversary, possessing many powerful attacks, the means of flight, and the ability to use Fire Breath. They can seize control over the will of Pawns for a brief period and then use them against the Arisen. The Drake bears a glowing chest where its heart resides which serves as an exploitable weakness.

The Red Drake is one of the smaller cousins of the titular Dragon in Dragon's Dogma.

It is likely that the Drake in Devilfire Grove will be the first dragon encountered by the Arisen in the world of Gransys. After the cataclysmic events following The Final Battle, more dragons appear in Gransys, including other species.

Drakes are similar to their cousins the Wyrm and the Wyvern in that they bear some of the same abilities and characteristics. However, they are differentiated from their cousins by their relation to the Fire element. Accordingly, Drakes bear a natural weakness to Ice based attacks.

Defeating a Drake has a small chance of dragon forging the Arisen's equipment, provided it has at least one level of enhancement.

† The Conqueror's Sanctuary Drake has higher defense (around 510), and considerably higher attack and aggression

Damage is modified relative to the Drake's stats depending on where it is struck.

Damage is also increased for physical bow users, and melee attacks when climbing

For full details of all Dragon species, see Bestiary.

In addition to witnessing these techniques, it is necessary for Pawns to participate in killing 15 Drakes either with their own Arisen or while traveling with others. Kills on Firedrakes also count towards the kill count.

[Wyrmspeak is rendered in an unknown language in the english localisation]

When possessing a pawn

When the Arisen is doing well in battle

When the Arisen is doing poorly in battle

"Show me your power!"

On killing the Arisen

All of a pawn's advice on Drakes, with the exception of that about its fire breath also applies to other Dragon

"Its wings may be vulnerable as well!"
"Strip its wings and it cannot fly!"

Attacking the head or horns

"Attack the head to create an opening!"
"I'll strike its horn!"

When preparing to breath fire, or breathing fire

"Watch! It readies flame in its maw!"
"Nary an ash would remain after that breath..."
"Take shelter from the flames!"
"Aim for the head as it readies its breath!"

On being knocked down and reeling

"There! The heart lies exposed!"
"Quickly! The heart is unprotected!"
"Now, Master! Aim for its heart!"
"The heart, Arisen! Attack the heart!"

When flying or hovering

When possessing a pawn or grabbing the Arisen 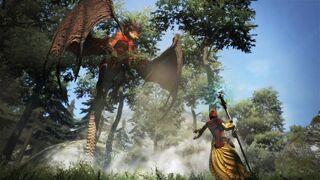 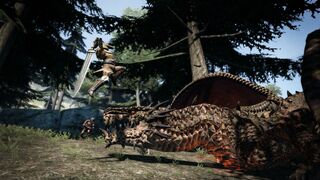 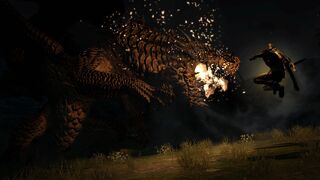 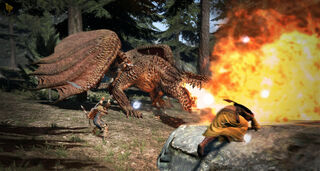 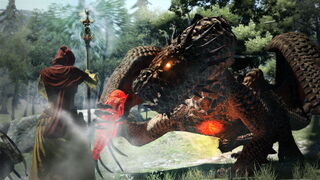 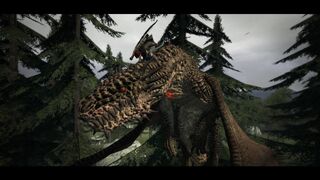 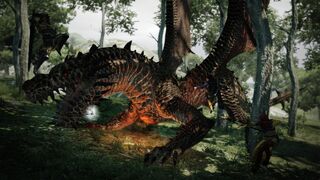 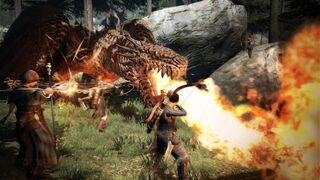