Dragon's Dogma Online was developed as an online version of Dragon's Dogma; development about the same time that of Dragon's Dogma: Dark Arisen. The game is to be financed by a free-to-play business model with microtransactions.[2] The game was announced in the 27 January 2015 issue of Famitsu magazine.[3]

Multiplayer elements of the game include Clans which can be user-created, 8-player 'Grand Missions', and a Bazaar where items can be bought and sold between players. Capcom's servers allow cross-platform multiplayer between PS4, PC and PS3 versions.

Pawns remain part of the game, though multiple Arisen can take part in quests. Each Arisen can also create several pawns.

The game is to be set in the land of Lestania, taking place in an open world setting initially roughly the same size as Dragon's Dogma. The game's plot and background is not connected to the story in the original Dragon's Dogma.[2]

As with Dragon's Dogma the Arisen can pick one of several vocations.

The initial 8 classes are shown in the official 『Dragon's Dogma Online』 3rd Trailer.

Here vocations are classified as either Attacker, Healer, or Tank :

Dragon's Dogma Online includes many of the monsters from the original Dragon's Dogma. In addition, several new enemy types are found in Lestania. 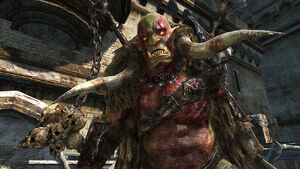 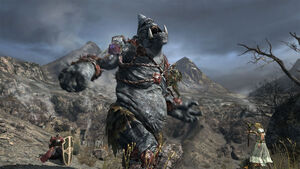 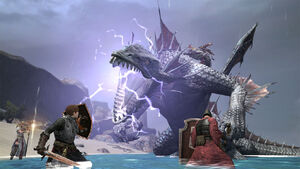 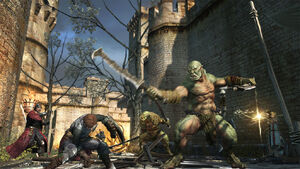 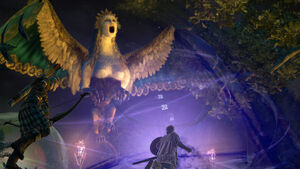 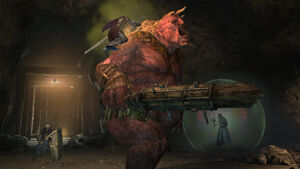 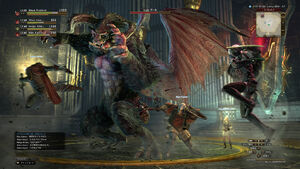 Lestania is the continent in which Dragon's Dogma Online takes place - whilst different from the duchys common to the world of Dragon's Dogma it shares many similarities, including similar creatures, a similar writing system (see Gransys Alphabet), and pawns.