Direwolf is an Enemy in Dragon's Dogma.

Direwolves are a white, stronger, and more vicious version of the Wolf, commonly seen roaming around in the colder northern parts of Gransys. They are susceptible to Fire and highly resistant to Ice based attacks.

Direwolves are not only stronger, but smarter too. They hunt in packs often lead by a single larger alpha individual, and attack using guerilla tactics if outmatched. Very occasionally, a Direwolf bite can inflict serious debilitations, including Petrification, or Curse.

In addition to witnessing these techniques, it is necessary for Pawns to participate in killing 500 Direwolves either with their own Arisen or while travelling with others. 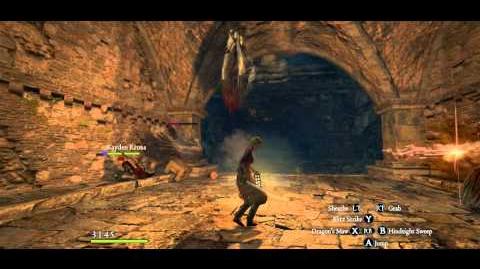 Chamber of Distress A. Snowharpies and Direwolves.
Use ranged attacks and fast dash skills against fast moving Direwolves 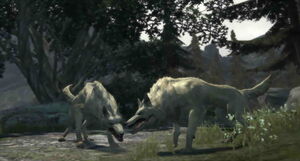 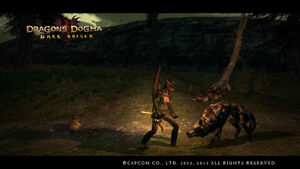 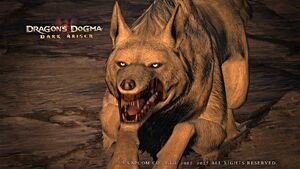 Retrieved from "https://dragonsdogma.fandom.com/wiki/Direwolf?oldid=323324"
Community content is available under CC-BY-SA unless otherwise noted.