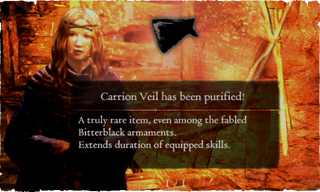 Dark Arisen Bonus Enhancements are given by certain armor items found on Bitterblack Isle - they are associated with armor obtained from Purification of Bitterblack Armor Lv.3. They generally are similar to the boosts and beneficial effects obtained by Augments, such as attack power boosts, or additional resistances, or health regeneration.

Additionally some rare weapons only found from Bitterblack Weapons have special unique properties.

The effects of these weapons are not always noted in their stats, but are hinted at in their descriptions. 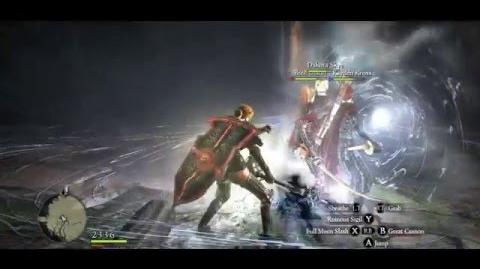 Mystic Knight vs 7 Living Armor. A rapid healing demonstration of 3 pawns with chest armor which "Has a slight restorative effect on pawns near you".
Allies within 6 feet of the equipped character are healed at 3 HP per second, which all stack with the Arisen's chest armor with the "Gradually restores health" bonus. Although the Arisen comes very close to death at one point, by the end of the battle she is completely restored to full health. The Arisen is also wearing the arm and leg pieces of the Immortal's Armor Set to regenerate even faster. 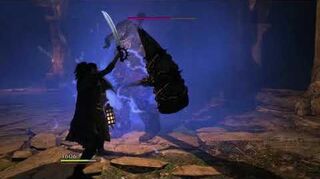 "Boosts Power of Shield" Enhancement
Tests on the effects of Shield Boosts by "Nihil"
Retrieved from "https://dragonsdogma.fandom.com/wiki/Dark_Arisen_Bonus_Enhancements?oldid=318239"
Community content is available under CC-BY-SA unless otherwise noted.