Dark is one of the five elemental attributes in Dragon's Dogma.

In several respects Dark is the opposite of Holy - generally enemies weak to Holy will be strong to Dark, and vice versa.

Damaging Dark attacks accumulate with every hit to the enemy, and will eventually cause a "critical hit" should their Dark threshold be breached. Both physical (eg Rooted Gloom) and magickal attacks (Stagnant Surge) from dark enchanted weapons can inflict critical damage; some but not all dark based spells (eg Necromancy, but not Abyssal Anguish) can also give critical hits.

Generally larger and more dark resistant foes have a higher threshold: a Cyclops can take over a dozen successive hits to breach the threshold, whilst an Ox usually is critically hit after under six strikes; and some small creatures such as spiders or snakes have no resistance and take a critical hit on every strike.

Dark magick resistant equipment does not reduce the chance of a critical hit, though it does reduce the damage. It is not known if some equipment has a critical resistance as a hidden stat.

A critical hit is indicated by tendrils of dark 'anti-energy' flashing through the target. The critical hit damages with dark based magick with very high base power supplemented by the attacker's Core Magick. 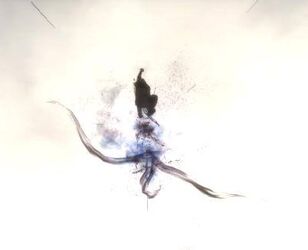 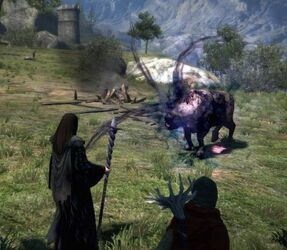 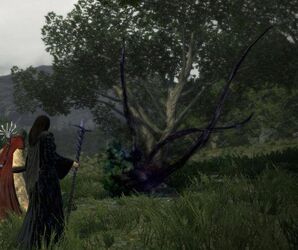 Ring of Sable and Ring of Onyx increase resistance by 15 and 25%.

Retrieved from "https://dragonsdogma.fandom.com/wiki/Dark?oldid=316983"
Community content is available under CC-BY-SA unless otherwise noted.