watch 02:00
'Dragon's Dogma' Lore: Cursed Dragons
Do you like this video?
Play Sound

"Not even these stray wyrms are free from the pestilence of this accursed place. I've seen that putrid breath drive Pawns mad and reduce Arisen to foul puddles, armor and all...never thought I'd miss the flame." —Barroch's Notes 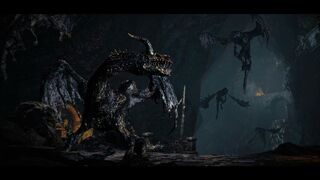 Encountered on Bitterblack Isle, these undead dragons from origins unknown bear a striking visual similarity to a near death Ur-Dragon, however Cursed Dragons are smaller and less powerful. Instead of a heart, they have a single purple crystal in their chest, which the Cursed Dragon accompanying the Dark Bishop also lacks.

They breathe a vile and foul gas, which can inflict multiple debilitations and rots any time sensitive items in the party's inventory.

Like the Ur-Dragon, the Cursed Dragon can be slain by a pawn if they strike the final blow to its crystal.

* The Dark Bishop's summoned Cursed Dragon has only 12,500 Health.

Slaying Cursed Dragons offers a high chance to Dragonforge equipment, greater than any of the lesser Dragons.

In addition to witnessing these techniques, it is necessary for pawns to participate in killing over 15 Cursed Dragons with their own Arisen or while traveling with others.

"That dragon's near rotted through!" (no bestiary knowledge)
"The walking corpse of a wyrm...?!"
"There, a cursed dragon!"
"This must be the work of the darkest magick."
"Stay clear of its putrefying breath!"
"The wings, Master! Strike it from the sky!"
"There! The point of light upon its chest!"
" 'Tis like the crystal in its breast animates it!"
"Augh?! Our meat and vegetables rot!" 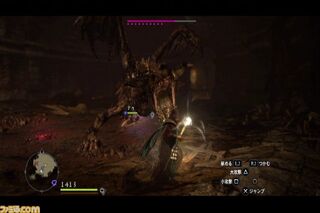 The Cursed Dragon's Biting Assault, AKA "The Chomp" 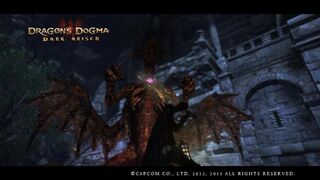 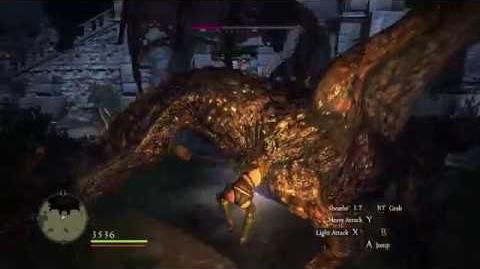 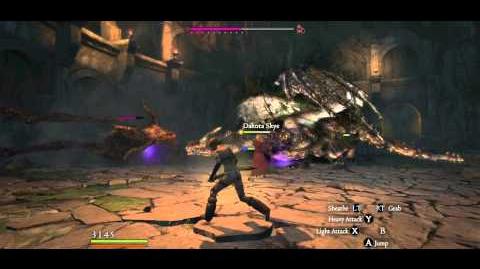 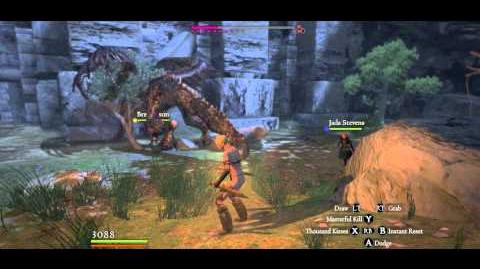 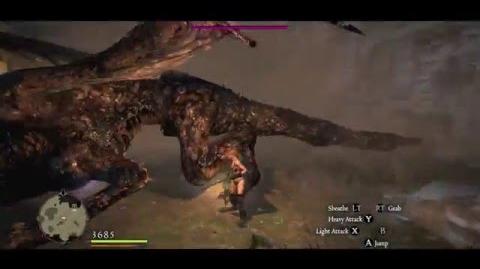 Fighter vs Cursed Dragon. One on one duel. Arisen is undamaged.
Demonstration of a shieldless Arisen utilising Hindsight Strike to evade and counter, and Heavenward Lash to strike the tail when it hovers overhead to bring it down. The poison breath can be avoided by hiding behind obstacles or grabbing onto its back. (Hard mode, with the Stability augment) 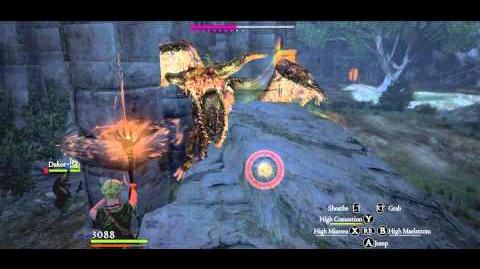 Farming Cursed Dragons with Comestion, Hard mode, party undamaged
This "blind spot" is safe from virtually all Cursed Dragon attacks. A perfect perch to spam spells like Comestion and Miasma.

Retrieved from "https://dragonsdogma.fandom.com/wiki/Cursed_Dragon?oldid=322897"
Community content is available under CC-BY-SA unless otherwise noted.