Committing Crimes in Gran Soren will cause the City Guard to chase and arrest the Arisen, placing them into Jail in the Dungeon when caught.

Attacking citizens anywhere in Gran Soren and trespassing in the Duke's Demesne after nightfall are considered crimes. Furthermore, picking up and throwing people to cause them or others harm is also a crime.

Minor infractions, such as bumping into people, drawing weapons, running in busy areas, and generally annoying, frightening, or harassing the populace are not serious enough to merit arrest, but may result in a loss of affinity.

The Arisen and Pawns can, and do, steal at will from people's houses in Gran Soren, and the residents do not seem to mind.  Many houses are locked due to persons fleeing the Dragon from fear, mayhap there is another reason..

All crimes in Gran Soren carry the same punishment, a stay in the Dungeon.  The guard always keeps a special cell free for rogue adventurer's such as the Arisen: first on the right on the way in.

There are three ways to get out of the jail:

Once the captive has exited from their cell, they are now free to go back to what they were doing before they were arrested; escapees will not be detained again for escaping.

In one of the locked cells there is a partially destroyed wall; this leads to a secret route out of the dungeon through sewers and exiting in the Slums.

This route is required for the quest An Innocent Man, and can be useful during Arousing Suspicion. 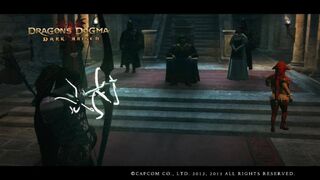 An attempt to grease His Grace.... 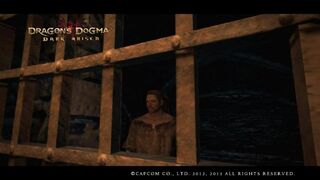 ...did not end well.
Add a photo to this gallery
Retrieved from "https://dragonsdogma.fandom.com/wiki/Crimes?oldid=323133"
Community content is available under CC-BY-SA unless otherwise noted.