Start a Wiki
watch 01:32
What is Cockatrice?
Do you like this video? 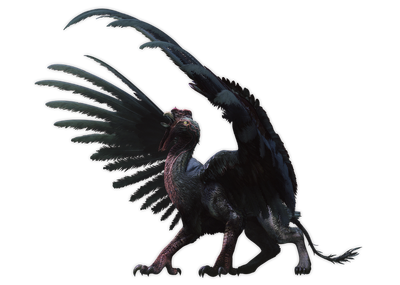 Cockatrice is an Enemy in Dragon's Dogma

The Cockatrice is a large, Griffin-like monster that resembles a disfigured, quadrupedal rooster. While sharing similar features to that of the typical Griffin, Cockatrices have jet black, scruffy feathers that add to its nightmarish appearance and wild nature, as opposed to the majestic mien of a Griffin. The Cockatrice has a large throat pouch which stores its deadly petrifying gas, which when released, can turn any living being in its wake into solid stone, gradually slowing and paralyzing them until they are completely petrified.

The Cockatrice will give a preemptive warning when it is preparing its petrifying breath. Its throat sac will puff up and it will stay in one spot while flapping its wings, giving the Arisen's party an opening for inflicting damage or retreating to a safe distance. Once the attack is fully charged, the Cockatrice will sweep its head from one side to the other while spewing noxious fumes. It does not instantly petrify the victims, but rather, this is a slow and drawn out process where the afflicted victim's actions are greatly slowed down until completely frozen into stone. Unfortunate victims are doomed if no spell or curative is available to cure Petrification.

Its claws are poisonous, and another form of its breath can silence. 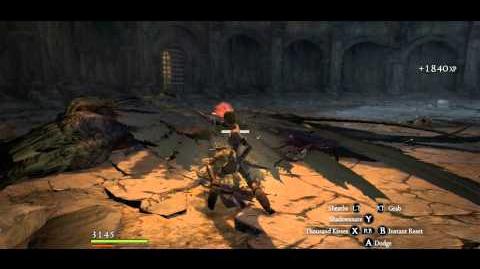 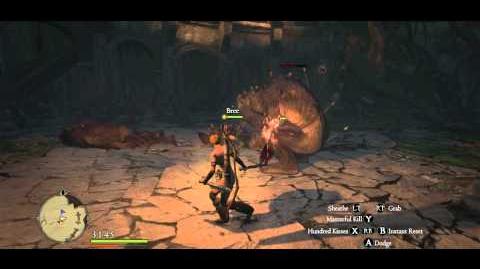 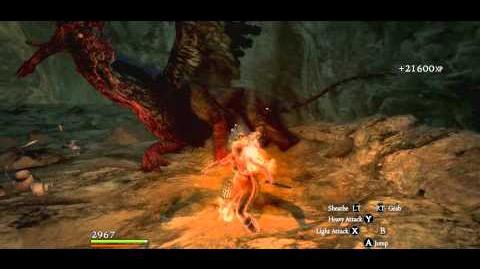 For full information, refer to the Bestiary page. Enemy specific :

In addition to witnessing these techniques, it is necessary for Pawns to participate in killing 15 Cockatrices either with their own Arisen or while travelling with others. 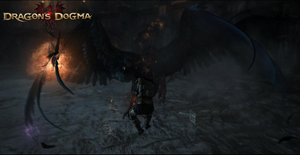 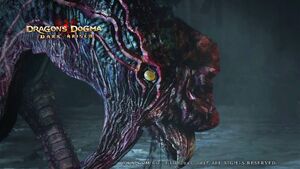 A Cockatrice's head close-up
Retrieved from "https://dragonsdogma.fandom.com/wiki/Cockatrice?oldid=316722"
Community content is available under CC-BY-SA unless otherwise noted.