Everfall
Chamber of Fate is a location in Dragon's Dogma.

It is accessed from the ninth ledge down when falling down The Everfall.

For a comparative list of all the loot in the Everfall chambers, see List of Everfall Loot. 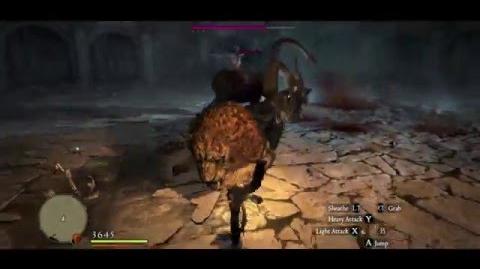 Solo Fighter vs the Chamber of Fate. Victory in 68 seconds. No damage against a Lich, Chimera and Gorechimera.
Without a shield, the Arisen must use speed to overwhelm the enemy before they can begin their onslaught. The best defense is good offense. Hard mode demonstration with no shield, armor, pawns, buffs, curatives or Wakestones used. Target the Lich first to prevent it from summoning Hellhonds and casting Bolide. Then target the Chimera and Gorechimera. Cut off their Snake tails and use high stagger attacks (like the jumping heavy attack) to keep them stunned and unable to mount a counterattack. 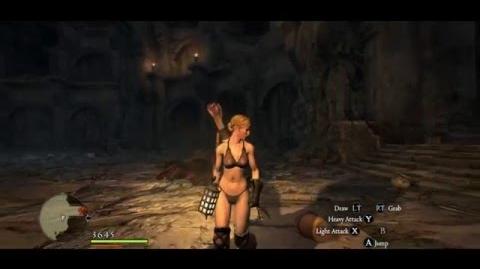 Solo Strider vs the Chamber of Fate. No damage. Victory in 45 seconds.
A demonstration of the "Double debilitation" strategy, using only a Rusted Bow and Golden daggers. Badly outnumbered, the Arisen avoids being overwhelmed by slowing down her enemies with Torpor and blocking their spells with Silence. Use speed and constant movement to evade attacks, and slay the weaker enemies first before engaging the Gorechimera last. Cutting off the Snake tail stuns Gorechimeras and buys valuable time to eliminate the other foes on the battlefield. Hard mode demonstration with no pawns, armor, buffs, curatives or Wakestones used. 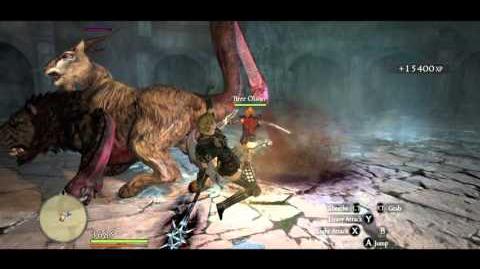 Mystic Knight vs the Chamber of Fate. Victory in 25 seconds.
Using Abyssal Anguish and a Mage Breaker mace (Ice enchanted), a Mystic Knight demonstrates the priority by which this battle is made easier (start with the weakest) : Lich, Chimera, Gorechimera. 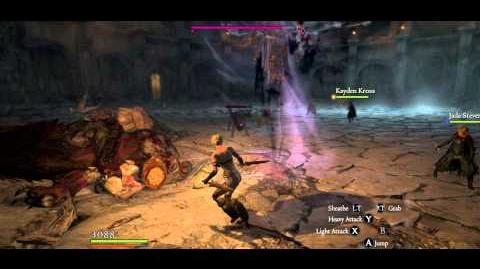 Strider with only Rusted Daggers vs Chamber of Fate. Victory in 48 seconds. No damage.
Hard mode demonstration with no armor, buffs, curatives or Wakestones used. The key here is to inflict Torpor on the entire battlefield and let the pawns mop up the debilitated enemies. 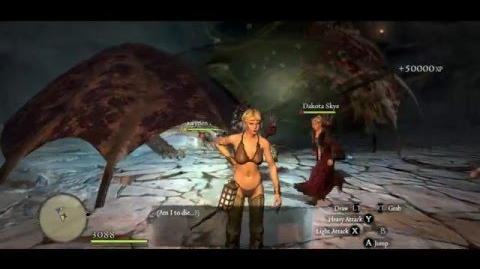 Sorcerer vs Drake, Harpies, Succubi, Gargoyles. Victory in 39 seconds. No damage.
The Arisen pre-casts High Maelstrom, then runs into the arena to trigger the enemy spawn. All of the smaller flying enemies are sucked into the Maelstrom and slain, while the Drake is finished off with High Miasma. (no Succubi or Gargoyles shown.) 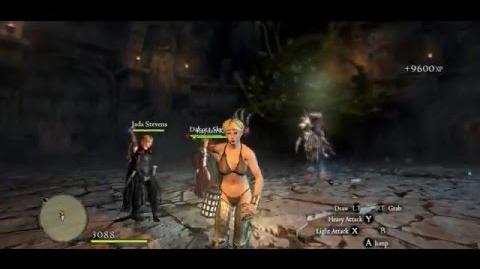 Sorcerer vs Lich, Chimera, Gorechimera, Hellhounds. Victory in 34 seconds. No damage.
The Arisen pre-casts High Maelstrom, then runs into the arena to trigger the enemy spawn. Inflicting minor damage on the battlefield, the Arisen runs further into the arena in order to allow the enemies to engage her pawns. High Miasma is used on the remaining enemies.
Community content is available under CC-BY-SA unless otherwise noted.