Caged Fury is a DLC weapon available in Dragon's Dogma.

"The cage atop this archistaff holds a font of magickal energy. Successive magick strikes without taking damage raise its power, but at maximum power, one hit drops Stamina to 0."

Striking foes with Caged Fury charges the magick cage at the head of the staff, increasing magick power - all attacks, excluding Magick Bolt, Focused Bolt and Magick Agent but including Magick Billow will charge the cage.

The archistaff is charged by striking foes with spells other than Magick Bolt - each strike increases the stored power, up to a maximum of ten strikes.

There are three visible stages of intensity of the charge; the intensity of blue light directly corresponds with the amount of power stored. On reaching a higher stage of power a light "chime" sound that is distinctly recognizable is produced.

Multiple hitting spells such as Miasma or Maelstrom are effective in rapidly fully charging this weapon. The power or type of spell used to hit the foe does not matter, just the number of strikes. Magick Billow also works, as do non-damaging spells like Lassitude or Silentium. Exequy does not charge the staff, nor does Thrown Damage.

Being hit causes the charge to dissipate - this includes wind buffets, shocks from explosions and so on - at the highest charge being hit also drains all stamina, causing gasping. 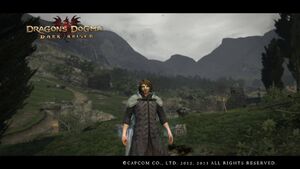 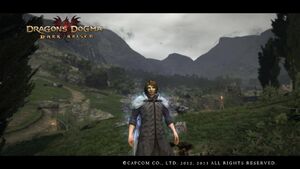 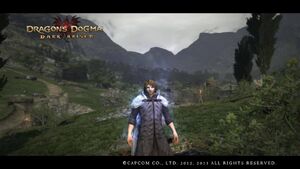 Power and damage increases with charging, with a maximum of two times attack power when fully charged. This not only doubles the effective power of the staff (up to a maximum of 1044 magick at goldforged), but also doubles effective core magick.

Strength is not boosted by charging the archistaff.

Weapon effects stack with the effect Magick Boosted, such as caused by Demon's Periapts.

Retrieved from "https://dragonsdogma.fandom.com/wiki/Caged_Fury?oldid=315951"
Community content is available under CC-BY-SA unless otherwise noted.