Request Board at
Arisen's Refuge

By Royal Decree II is a quest available in Dragon's Dogma: Dark Arisen.

"In the name of the mighty conqueror, King Theodore the Bold, you are hereby ordered to offer up the corpse of a dragon of ice in tribute."

This quest becomes available immediately after slaying The Dragon in The Final Battle. Once acquired from the notice board in the Arisen's Refuge on Bitterblack Isle, a Frostwyrm will replace the Wyrm normally located at the Watergod's Altar during Post-Game.

Defeat this draconic enemy to complete the quest. 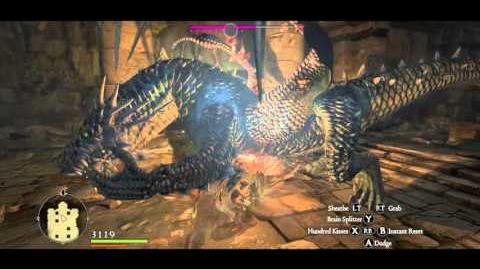 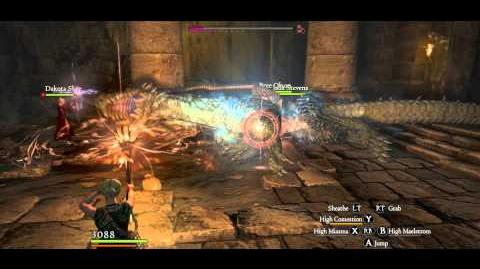 Sorcerer vs Frostwyrm at the Watergod's Altar. Victory in 42 seconds, no damage.
A Sorcerer demonstrates using Silentium against the Frostwyrm. Equipping the Emphasis augment and Barbed Nails will help stagger it and intercept its Dragon roar.
Add a photo to this gallery
Retrieved from "https://dragonsdogma.fandom.com/wiki/By_Royal_Decree_II?oldid=300109"
Community content is available under CC-BY-SA unless otherwise noted.