Burning is a debilitation in Dragon's Dogma when the target is caught on fire.

Character loses 24 HP every second for about 15 seconds. Can be inflicted with Fire based skills, Fire based weapons, Dragon's Spit, explosives, torches and by standing in fire.

Being on fire is 'contagious' - burning Goblins may set alight their friends in their panic; similarly grappling an inflamed Hellhound may inflict burning on the grappler.

Tarring nullifies any burning resistance, and when tarred the slightest contact with fire will cause burning. This is the reason why Goblins throw Flasks of Oil and Torches; it also allows to set on fire creatures that are usually fire resistant, like Hellhounds.

Cured by Smother Sap, Interventive, Panacea, the spell Halidom and any spell or item that grants Impervious.

Burning resistance is a hidden stat.

Both the augment Intervention and the Rose Ring can prevent catching fire. However they are not effective against everything - for example the Rose Ring protects against the burning caused by a Drake's breath, but not the burning acid pools created by a Gorechimera. 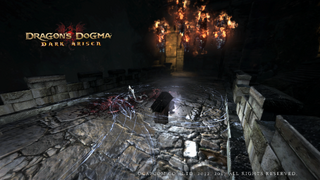 Wargs on fire and in the air (Ruinous Sigil) 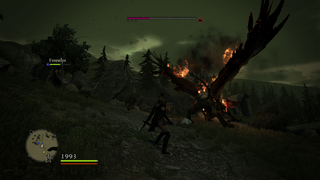 Griffin's wings on fire
Add a photo to this gallery
Retrieved from "https://dragonsdogma.fandom.com/wiki/Burning?oldid=315972"
Community content is available under CC-BY-SA unless otherwise noted.