Blunt damage is generally damage done by unedged weapons. It can be interpreted as bruising, crushing, smashing and crunching damage.

In game a weapon's blunt ability is represented by a Bludgeoning Strength of either 0% or 100%. † Armor can give resistance to bludgeoning damage - in game this is called Striking Resistance (also known as Blunt Resistance) also as a percentage.

Blunt (and slashing) resistances are factored after damage from a weapon or spell is calculated - thus exploiting low resistance will not help break a creature's defenses, but will multiple overall damage. 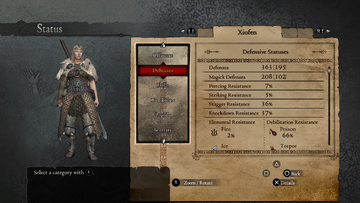 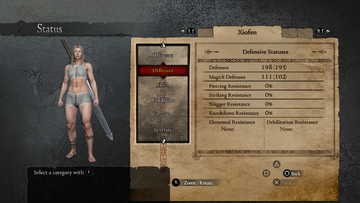 In addition to the weapons that always inflict blunt damage, certain skills allow blunt damage to be inflicted even when carrying slashing weapons.

These are thought to include:

Retrieved from "https://dragonsdogma.fandom.com/wiki/Blunt_Damage?oldid=312379"
Community content is available under CC-BY-SA unless otherwise noted.