Badge of Vows 58 is a Badge of Vows medal obtained during the From A Different Sky quest of the same number. The badge is the remnant of a former Riftstone, collecting it earns a reward of Rift Crystals.

In the original Dragon's Dogma, Badge of Vows 58 is obtained as part of the From A Different Sky - Part 6 DLC quest pack, in Dark Arisen, the quest is included in the base game.

This badge is hidden in the ceiling roots that hang down into the cave part of Brightwater Cove. The badge can be hard to locate - to obtain it the badge must be dislodged from the ceiling using a ranged attack or powerful shockwave. 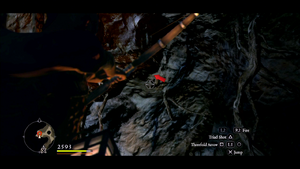 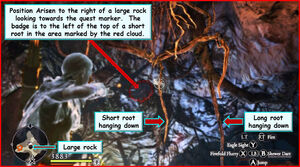 Retrieved from "https://dragonsdogma.fandom.com/wiki/Badge_of_Vows_58?oldid=281624"
Community content is available under CC-BY-SA unless otherwise noted.