Request Board at
The Arisen's Refuge

An Unseen Rival III is a quest available in Dragon's Dogma: Dark Arisen.

"A land of slaughter without end... If eternal paradise exists, this is it. 'Tis only when my foe breathes its last that I feel truly alive, and in this idyll, I relive that moment time and again. Truly, I am grateful to he who made me an Arisen, led me here, and gave me a death richer in meaning than my entire worthless life!"

Slay the Living Armors in the Catacombs.

This quest is one of the first three quests immediately available on The Arisen's Refuge notice board when the Arisen first enters (Pre-Daimon).

Before departing, prepare well, and make sure the party consists of members able to deal both magickal and physical damage - holy spells and enchantments will also help here.

Take the elevator (or drop) down to the Second Level Underground of The Catacombs. Proceed until reaching the gate door holding the Stout Undead, which requires the Second Key To Salvation to open. Ignore this door and the Stout Undead and turn left.

Fight the foes .. once the two Living Armors are defeated, the quest will be complete. 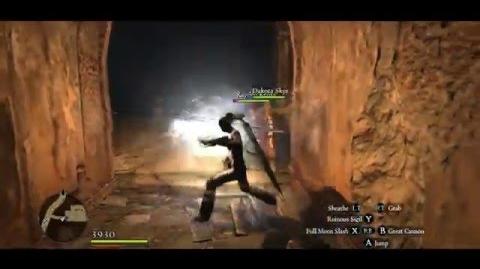 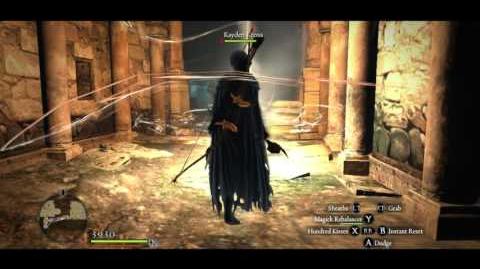 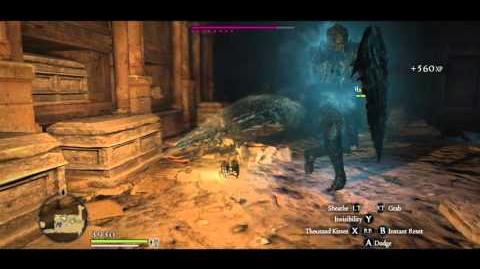 Assassin vs 2 Living Armor (Invisibility demonstration)
Wielding Heaven's Key daggers, the Assassin must be quick to take advantage of the 20 seconds of invincibility granted by the Invisibility skill. Here, the Arisen uses 1 Liquid Vim, 4 Taglius's Miracles and 4 Salomet's Secrets in order to double the party's physical and magic attack. Thousand Kisses and Instant Reset are used to rapidly change directions, slaying both Living Armor in 37 seconds.
Add a photo to this gallery
Retrieved from "https://dragonsdogma.fandom.com/wiki/An_Unseen_Rival_III?oldid=289589"
Community content is available under CC-BY-SA unless otherwise noted.