watch 02:11
Who is Aelinore?
Do you like this video?
Play Sound

"A young princess from another land who came to wed Duke Edmun Dragonsbane. Fragile and naive, she seems to be suffering greatly under the weight of something."

Aelinore is the young wife of Duke Edmun Dragonsbane. She was born into House of Biquard, and originates from Meloire. She is a niece of the descendant of Godking Leonart, the first recorded dragonslayer. Often attended to by her maid Mirabelle Aelinore has been give to the Duke in marriage, presumably to form an alliance between the two countries.

She can be first met in the Duchess's Garden in the Duke's Demesne, and later on inhabits the Duchess's Bedchamber in the tower on the far west side.  She walks to and from the garden during the day, eventually returning to her chamber.

If the Arisen met with her during Arousing Suspicion she will be later kept as a captive arrest in The Blighted Manse - she can be rescued and helped to escape back to Meloire in the quest Duchess In Distress.

"Born to the House of Biquard, Aelinore can trace her family line from a cousin of Godking Leonart, the great man who once defeated the dragon and united the entire continent. Lord Biquard currently governs the lands around peaceful Meloire as mesne lord. Sharing the same bloodline as the military genius Leonart, those from the House of Biquard are blessed with a similar gift and their Meloirean soldiers are widely known as excellent fighters.

Duke Edmun, the Wyrmking and ruler of all Gransys, defeated a dragon in the same way as Godking Leonart before him. He sought to marry into the House of Biquard, yet the closest woman to Leonart in their bloodline was Aelinore. So Aelinore was sent to be Edmun’s bride though not of her own desire. She had not even seen the face of her future husband prior to the day of their wedding ceremony. The hero’s marriage was heartily welcomed by the people of Gransys. Everyone believed that it meant the birth of a successor would follow quickly after carrying on their hero’s bloodline. But there would be no reports of an impending heir to hearten the people of Gransys. Even after the exchange of their marriage vows Aelinore remained as pure and untouched as she was the day that she was delivered to Edmun. But behind the duke’s frigid demeanor a dark secret is hidden within his heart...
"
―Aelinore's Tale.[1]

If the Arisen avoids speaking to her in the Duchess's Gardens during Come to Court Aelinore will not become embroiled with them, the events of Arousing Suspicion will not occur, and she will not be sent to the The Blighted Manse. Instead she will remain in the Duchess's Bedchambers throughout the main quest. After the defeat of the Dragon she will dissapear with her maid Mirabelle

If she was spoken to the the garden, but the quest Arousing Suspicion is ignored she will not be seen again - she may be in her chambers but access is not allowed, at least until the quest Honor and Treachery at which point it is found to be empty.

After the defeat of the Dragon she will have left Gransys (or died) unless she was kidnapped by the Dragon - if so she will come to live at Your House in Cassardis.

"I am filled with fear, dear warrior. Fear of the dragon, fear of my husband... In truth, I know not which frightens me more." 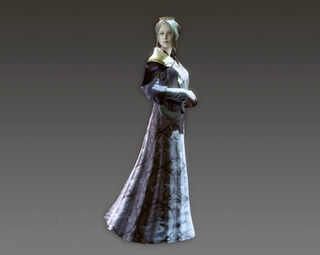 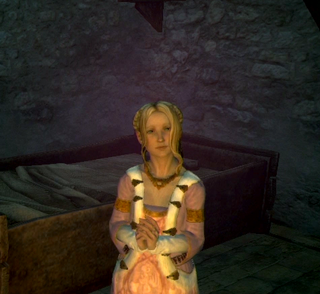 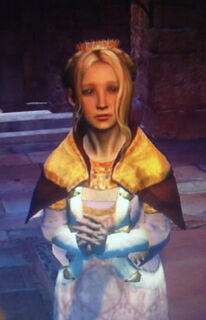 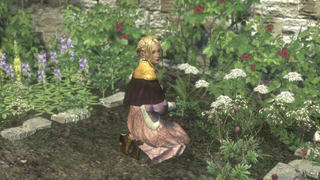 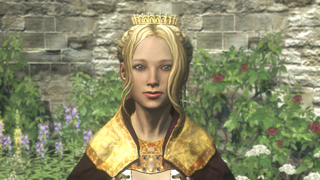 Close up.
Add a photo to this gallery

Retrieved from "https://dragonsdogma.fandom.com/wiki/Aelinore?oldid=323063"
Community content is available under CC-BY-SA unless otherwise noted.