Act of Atonement is a skill available in Dragon's Dogma.

"Damage taken while not defending is stored, lending power to a devastating counterattack. The power of the counterstrike will increase based on the damage taken."

Upgrades to Act of Vengeance.

The warrior remains static whilst the skill is active - any damage taken charges the skill - with the skill glow changing from an initial dull red through yellow, orange, and ultimately bright red as damage is taken. On release a circular strike is dealt.

The extent of charging is indicated by the level of inflammation of the warrior, with the highest level corresponding to the entire body and weapon glowing an incandescent red.

On release a circular swipe is taken at nearby foes -with the amount of damage increasing with the level of incandescence achieved.

The damage consists of a circular blow equivalent to that from a heavy circular hit from the weapon, plus retribution damage corresponding to the amount of health reduced.

For Act of Atonement retribution damage is 3x the damage taken, for Act of Vengeance it is 4x. Furthermore, the return damage ignores resistances and defense.

Potions can be imbibed whilst charging, and if healed the cumulative damage taken can exceed that of a full health bar.

Whilst taking blows the warrior has improved stagger and knockdown resistance, and appears to have improved resistances to some other effects, such as sleep.

Whilst some pawns do use this skill quite efficiently, often they will misjudge the release and fail to hit anything. Additionally versus ranged attacks a pawn may continuously take damage without ever closing in toward the bowman.

Given the usually long charge time, and loss of health the damage done by revenge attack is not of great utility- if compared to the alternative of normal attacks and evasive maneuvers, or when compared to other skills. However the knockback effect is very powerful from a fully charged blow. However the additional damage does not depend on the quality of the weapon, nor the skill of the wielder, and ignores the foe's defenses. As such the skill would be best suited to poorly armed, poorly armored warriors, with large stocks of curatives. 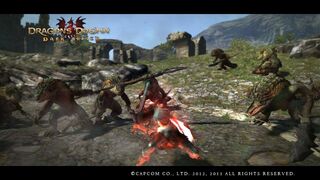 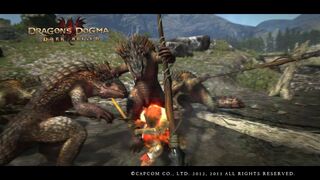 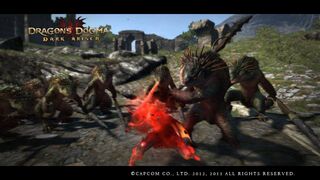 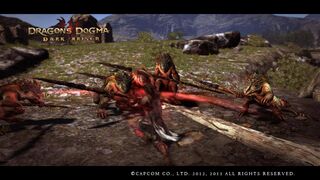 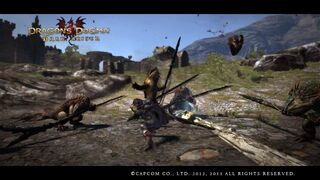 Foes stagggered, killed, or knocked back
Add a photo to this gallery
Retrieved from "https://dragonsdogma.fandom.com/wiki/Act_of_Atonement?oldid=300183"
Community content is available under CC-BY-SA unless otherwise noted.