"An advanced form of Darkcounter that persists for a longer period of time and conjures more darkness on a perfect block."

After a relatively brief incantation, enchants the magick shield with the dark element.

An advanced version of Darkcounter. With Dark Arisen, it becomes Desecration Feint with a relevant Magick Shieldsman's Band equipped.

Once enchanted normal blocks with the Magick Shield do a small amount of Dark damage, and may cause Dark Critical Hits.

Perfect Blocks (with the Core Skill of Reflect learnt) have a two stage riposte:

Unlike normal Perfect Blocks the initial riposte from a perfect block affects only the attacking foe, even if there are others in close proximity - the conjured clouds from both forms affect all in a frontal area of effect.

These critical hits are very unusual in that instead of always being dark magick they can take a different Element. There are specific conditions :

In such cases when the critical hit strikes it will take on the other element - this can trigger elemental effects such as Stout Undead imploding (fire), or result in much greater (or lesser damage) due to elemental weaknesses or resistances.

Higher tier spells and perfect blocks are much quicker to cause criticals. 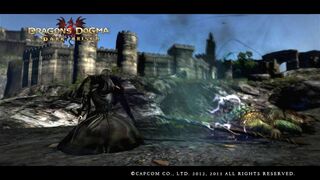 Abyssal riposte occasionally produces additional effect, such as this thundershock like discharge, with knockdown 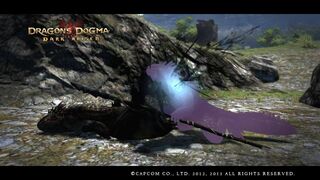 The moment of riposte acitivation 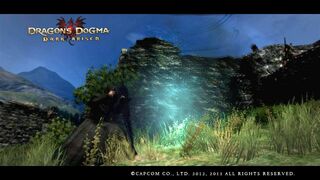 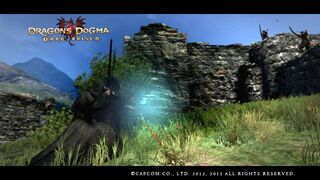 Darkcounter initial spell flash - smaller and with less dark tendrils than its more advanced version
Add a photo to this gallery
Retrieved from "https://dragonsdogma.fandom.com/wiki/Abyssal_Riposte?oldid=324592"
Community content is available under CC-BY-SA unless otherwise noted.