Start a Wiki
watch 01:05
What is A Troublesome Tome?
Do you like this video?

A Matter of Myrmidons

A Troublesome Tome is a quest available in Dragon's Dogma.

"Steffen asks you locate Salomet's Grimoire, a tome empowered with arcane magicks. It seems the book yet remains somewhere in Gransys."

Learn of Salomet's Grimoire, its location, recover it, and return it to Steffen.

Speak to Steffen in Gran Soren to begin the quest. Steffen can usually be found wandering around or near the Fountain Square. Steffen will speak of a magical grimoire written by the infamous sorcerer Salomet and asks the Arisen to retrieve it for him.

Learn More of the Grimoire

Ask around Gran Soren for more information regarding the Grimoire. Speak with Camellia at Camellia's Apothecary in the Fountain Square to advance the quest. She will inform the Arisen that she does not deal with magick and that the book was most likely taken by bandits.

If the party travels to Heavenspeak Fort, Ophis will state that she has no interest in "trinkets" and suggest they try the male bandit group. The female bandits hate men and will attack on sight if the party contains any male members - disguising any male party members in women's clothes, e.g., equipping the Set of Lady's Garb, will fool these bandits.

When en route to Aernst Castle via the Manamia Trail, the party may encounter the scholar, Rowland, who is beset by a bandit ambush. If saved, he will reveal he had possession of the book, but it was taken by the bandits.

There are several ways to procure the Grimoire from Maul, who has grown quite fond of the book; either theft, force, or flattery:

Deliver the Grimoire to Steffen

Once Salomet's Grimoire has been obtained, return to Steffen to complete this quest.

Upon giving the Grimoire to Steffen, he will thank the Arisen and the quest will complete.

Either the Grimoire or a Forgery can be handed over to Steffen. If a forgery is gifted, Steffen will note some suspicions. The Arisen's choice affects Steffen's dialogue at quest completion, the later quest Griffin's Bane and Steffen's affinity towards the Arisen. 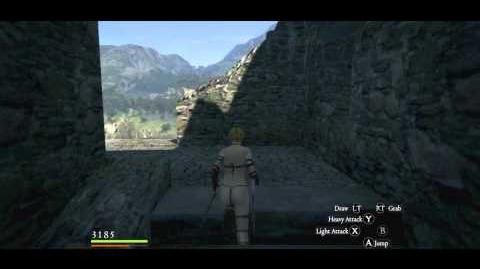 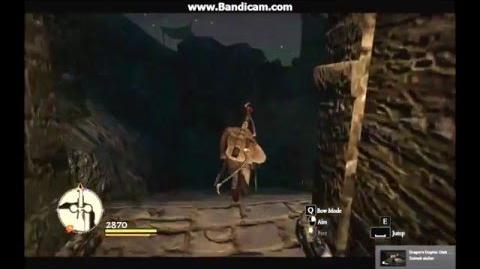 Retrieved from "https://dragonsdogma.fandom.com/wiki/A_Troublesome_Tome?oldid=312178"
Community content is available under CC-BY-SA unless otherwise noted.